When the pretty birds have flown

Does the soul indeed finds peace up above and feels utmost satisfaction when the final rituals are conducted and the guests enjoy a lavish spread thereafter? 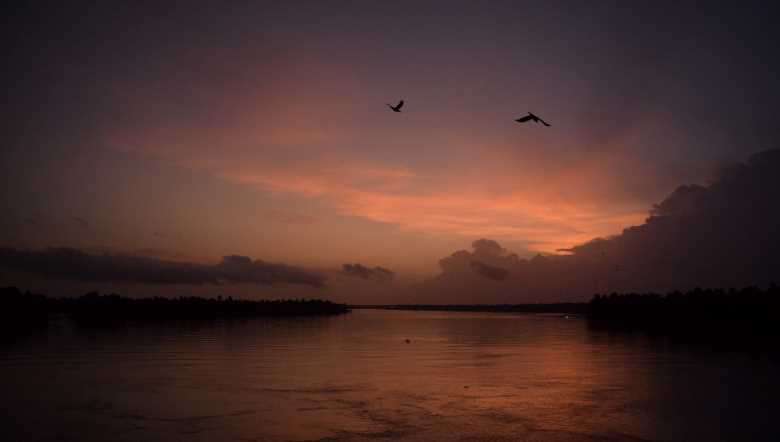 (Photo by Aswin Thekkoot on Unsplash)

Death. A man passes away. For a new abode? Heaven or hell, depending upon his karma? Does the soul indeed finds peace up above and feels utmost satisfaction when the final rituals are conducted and the guests enjoy a lavish spread thereafter? Or the soul experiences painful turbulence on witnessing the plight of his own left vulnerable in this mortal world? We don't know the answers to any of these questions. But the harsh truth remains before our very eyes --- The man is gone, gone forever, never to return in our fold to grace the planet. The only thing that he has left behind is nothing but trails of memories.

Noted Algerian writer Mouloud Benzadi pens, "When the pretty birds have flown… And you feel hurt and alone… Be strong and carry on… And remember that life goes on".

Yes, absolutely true. Life, globe and nature continue to go on in its own pace despite personal tragedies which was felt by Rabindranath Tagore also. While travelling in a night train a few days after the death of his young son Shamindranath, Tagore noted how the moon continues to shower its beam on the world and how nature remained absolutely unaffected despite the absence of his son reminding the unfortunate grieving father of the laws of life ie move on and move on.

Indeed the Hooghly continues to flow in its full might, the fishermen continuing their search of fish on boats, launch still rendering its service of ferrying people and vehicles from bank to bank, the temple bell continues to toll by the riverside --- just no change, all things simply remaining the same! But for the mourner, nature or life undergoes a sea change as far as appreciation is concerned.

The river which had previously inspired awe or delight in mind with its massive watery glow now resembling nothing but a deluge of tears! The single boat negotiating the mighty river might had invoked a poem bordering on romance or adventure, but today the same sight might be equated with loneliness amidst the gallons of miseries!

On the holy dawn of Mahalaya, the children offer homage to their deceased ancestors. Again nobody can vouch about the existence of the soul high above, but there lies no doubt that such a thought indeed applies a balm to the heart as if the ancestors are appreciating our respect and in turn blessing us just as they had done when alive. This thought or idea of Mahalaya is certainly an inspiring one and a nice way to pay tribute to the departed ones.

Ending with an excerpt of Tagore gem, the idea of which might not be literally true, but spiritually very solacing --- "Who is it that says I am not there that morning?/ You will call me by a new name/ I will be there to join in every game/ You will encircle me with renewed ties/  And I will come and go as usual --- the eternal I".