Arambam Ranjan of Writers Safeguard Group was killed in the Churachandpur ATM robbery case of September 4, 2020 in Manipur. 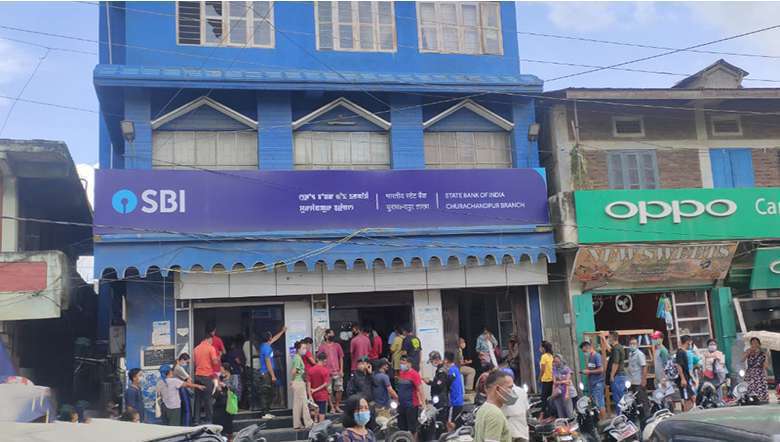 Churachandpur police have arrested three suspects involved in the ATM robbery case that led to the killing of a security guard.

The police said in a statement late Wednesday that three employees of the Writers Safeguard Group that is sub-contracted by the SBI for ATM cash management have been arrested for siphoning of Rs 1.15 crore ATM money and their involvement in “some way” in the killing of Arambam Ranjan.

On September 4, 10.30 am, 37-year-old Arambam Ranjan, an employee of WSG, was shot at in broad daylight in front of the SBI branch in the busy market area of Churachandpur town by unidentified men who fled away with Rs.1.15 crore money that was to be deposited in the ATMs of Churachandpur district headquarters. Arambam sustained two bullet injuries around his waist and was rushed to the district hospital around 10.40 am, but he succumbed to his injury at the hospital.

Arambam Ranjan Meetei, son of L Arambam Kumar Meetei of Zouveng, Khuga Tampak, Churachandpur, was entrusted to deposit money at different ATM booths in Churachandpur, under Hitachi and FIS. He was sitting in a Bolero Jeep No. NL07 C 9242 that was parked near the ATM booth which is attached with the SBI main branch located at Tiddim Road when he was shot, the police said.

An FIR was filed against the three arrested for interrogation and investigation of the case the same day of the incident. During the investigation, it was found that the three have been involved in siphoning of ATM money for the past five years, to an amount exceeding Rs 2 crore, the police said. Further investigation led to the recovery of Rs 20 lakh from the possession of one of the arrested.

The investigation also revealed that on the day of the incident only three members, instead of five were present to carry out the ATM money depositing task, the district police said.

A cash reward of Rs 1 lakh was earlier announced by the Police department for anyone providing facts leading to the arrest of the culprits.

On September 5, a joint action committee against the killing of Arambam Ranjan was formed .The JAC demanded justice for the deceased who was shot while on duty. Condemning the killing, a peaceful protest was carried out by Meira Paibis on Friday night, which was supported by the civil voluntary organisations (CVOs) of the district.

JAC convenor Siren Ibungo Singh had said that until the culprits are booked and justice is served as per law of the land, the death body, which at the district hospital morgue, will not be cremated.