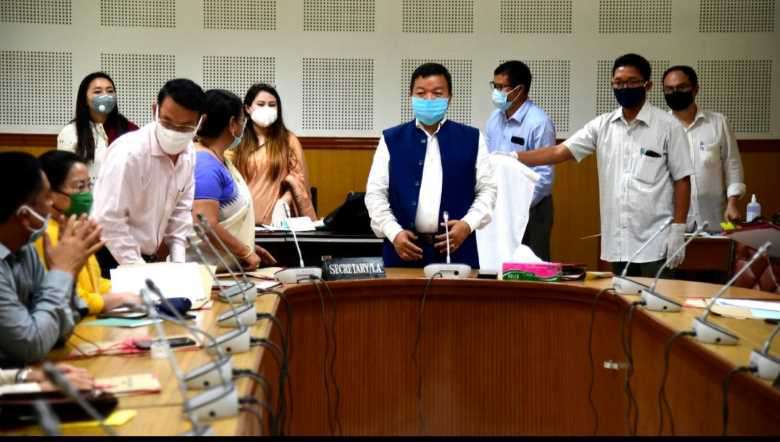 Speaking to the media, Leishiyo expressed gratitude to members of the HAC and the almighty on being elected as chairman of the committee.
“We will work together for the welfare of the people and in order to being developmental parity between hills and the valley,” he stated.

Leishiyo said that the committee was constituted in 1972 and is said to be one of the highest body of the legislative to oversee the planning, implementation and monitoring of all developmental activities taken up in hill areas.

“However powers and functions of the committee are yet to be effectively authorised till date due to lack of corresponding rules,” he continued and assured of enhancing functioning of the committee as per rules of procedure and conduct of the house.

He went on to say that the people of hill areas have been demanding for devolution of power to ADCs for the past many years so as to bring welfare and development in the hill areas.

“The said demand has not been materialised till date. With best possible efforts, we will work on fulfilling the long pending demand,” he assured.

Leishiyo said that looking after ADCs and its appointment and functioning, forest protection, sanitation, maintaining customary practice and tradition of hill areas are some of the main roles of HAC.

Leishiyo was advisor to chief minister of Manipur and was also chairman of the Estimates Committee of the Manipur Legislative Committee.