World Ozone Day was held by carrying out tree plantations at Kerajing foothills, where early inhabitants of Kakching had settled. 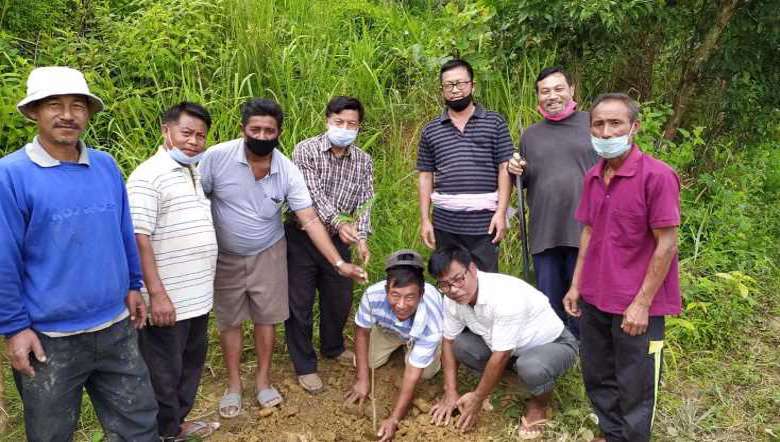 The alumni of Kakching High School, Matric batch of 1984 have observed ‘World Ozone Day’ by carrying out tree plantations at Kerajing foothills, where the early inhabitants of Kakching had settled.

After the team of former students of Kakching High School planted the tree saplings, they offered prayer as part of ‘Vishwakarma Puja’ and prayed the trees to act the role of the God himself on repairing and saving the deteriorating environment that the world is facing today.

Speaking at the sideline of the tree plantation event, president of the alumni, Naorem Munal Meitei briefed the media persons about the ozone layer depletion.

Mentioning the theme of the year of the alumni ‘Ozone for Life”, he added that the depletion of the ozone layer has caused the increase of UV radiation levels at the Earth’s surface, which is immensely damaging to human health. Negative effects include increase in certain types of skin cancer, eye cataract and immune deficiency disorders, moreover, UV rays affect growth of plant and reduce agricultural productivity, he added.

Munal further appealed to the general public to plant a tree at least as a part of the Vishwakarma Puja this year.