There is an increase in "arbitrary arrest" of persons who criticise the government in social media platform, Human Rights activists in Manipur say. 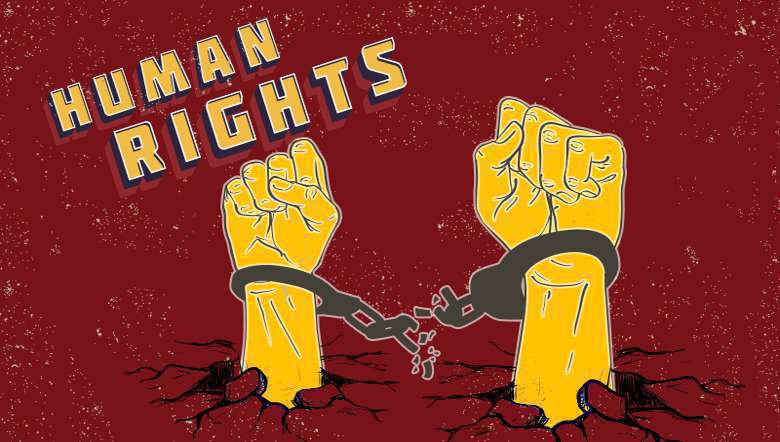 In India, Manipur is said to have the highest number of "arbitrary arrest" and detention under the Unlawful Activities (Prevention) Act that empowers central agencies and states to deal with terrorist activities strictly. As per the National Crime Records Bureau (NCRB) that was tabled in the Rajya Sabha sitting in 2019, above 34 per cent of the arrested persons in the country under the UAPA Act is from Manipur. In most of the cases of arbitrary arrest in the state, the victims are members of local civil bodies and human rights and social activists. And, there is an increase in "arbitrary arrest" of persons who criticise the government in social media platform, Human Rights activists in the state say while speaking to the Imphal Free Press.

“In every social issue of the state, the government often tries to subdue the issues by means of arresting and detention of the members of Civil Voluntary Organisations (CVOs) and activists,” Civil Society Coalition on Human Rights in Manipur and the United Nation (CSCHR) convener Phulindro Konsam said, speaking exclusively to the Imphal Free Press.

Recalling many infamous incidents in the state such as demanding justice for Manorama, the BT Road incident, movement of Citizenship Amendment Act and many others, Phulindro claimed that many CVO leaders and human rights activists were arrested and detained to suppress the movement and by falsely alleging nexus with rebel groups.

The issues faced by the human rights activists and the tortured from the state and central forces in fighting for justice were raised to the Human Rights Council after every four years since 2008, Phulindro added.

In another case of arbitrary arrest and detention that took place recently, an RTI activist W Joykumar was allegedly detained by police for two hours after picking up from his house by a police team on August 16 for uploading a post on Facebook on August 15, 2020 that says, “Yesterday’s TERRORIST is today’s GOVERNMENT. Exapl: African Congress/Nelson Mandela”.

In this regard, a complaint was lodged to the Manipur Human Rights Commission by the CSCHR. Following the complaint, the commission had directed the DGP, Manipur to submit a reply to the petition complaint by September 11.

When the Imphal Free Press contacted the police regarding the detention of Joykumar, Imphal West Superintendent of Police K Meghachandra said that Joykumar was detained for uploading a misleading post in Facebook which have double meaning. Joykumar later apologised for the Facebook post and edited the post by citing an example, the SP said.

Joykumar, however, sounded unapologetic while speaking to the Imphal Free Press.

“What crime have I done or what have I provoked by uploading my thoughts and opinion in the social media. I am a law graduate and I clearly magnified which can be written under freedom of speech and expression,” Joykumar told the IFP. He said that the police did not file any FIR or case, they only pressed him to apologise for posting his thoughts in his personal Facebook account.

Joykumar also claimed that the act of police is a "mockery of democracy" and clearly shows that they are "uneducated".

Asserting that police picking him up from his residence has hurt his dignity and reputation in his locality, he said that the government should compensate him for “illegally” arresting him.

“I was one of the human rights defenders who strongly opposed the arrest of the present Chief Minister N Biren on seduction charges when he was the editor of a local daily. And now I become a victim of illegal detention when Biren is the chief minister,” Joykumar lamented.

It may be recalled that Present state Chief Minister N Biren Singh was a victim of arbitrary arrest in April 2000. Biren was then editor of a local daily Naharolgi Thoudang. He was jailed for 20 days on sedition charge for criticising the then government. Later, the court quashed the charge levelled against him and was set free.

Recalling Biren’s incident, Human Rights Alert executive director Babloo Loitongbam told the Imphal Free Press, “A victim of arbitrary arrest using the Unlawful Activities (Prevention) Act to subdue any dissent is a big harassment to the public as the chief minister. It is an act of practicing self-contradiction and hypocrisy”.

In another incident, on April 3, 2020, Dr Laifungbam Debabrata Roy was summoned to the police station for asking the chief minister to “desist from wasting state resources, time and personnel in carrying out any personal and political agenda or vendetta at this time of crisis,” in his Facebook post.

It is reported that Debabrata was kept in the lockup without issuing any arrest memo or filling any FIR and pressure was mounted to make him apologise in public for his Facebook post.

On June 26, the CSCHR had written to the UN Special Rapporteur on Torture and Other Cruel, Inhuman and Degrading Treatment or Punishment, seeking its intervention in the violation of human rights, including arbitrary arrest and detention, fake encounters, torture and others by the central armed forces in the name of Armed Forces Special Power Act and by the state forces. The CSCHR has mounted pressure on the UN Special Rapporteur to visit the state.