The summit will the last summit of Shinzo Abe, the ailing Japanese Prime Minister who has resigned from his post, with his friend Narendra Modi. 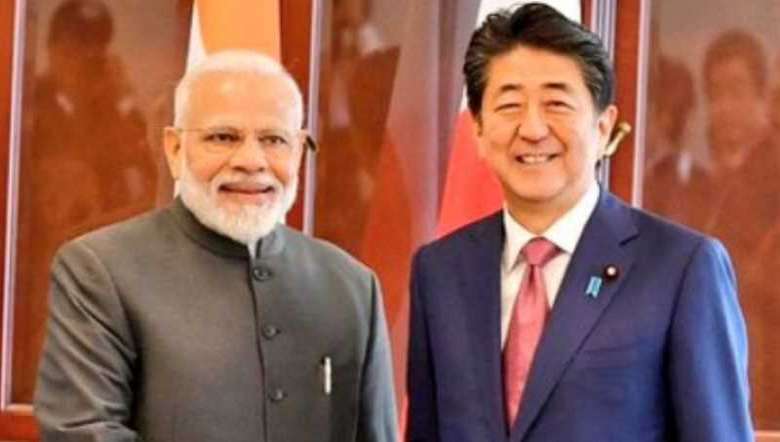 In the next few hours, India and Japan are to hold an annual bilateral summit in a virtual format. The summit will be the last one for ailing Japanese Prime Minister Shinzo Abe, who has resigned from his post, with his friend Narendra Modi, Prime Minister of India.

It shows Abe’s deep respect for India with which his country shares not only strong diplomatic linkages, but also century old religious and cultural bonding. His 2015, August 14 speech in which he had expressed deepest condolences for Japan’s wartime violence in Manipur and other parts of the Asian continent still reverberates in the corners of the world.

Japan had lost thousands of troops in the Battle of Imphal which continued from March to July 1944. While the incident offers Japanese a moment to recollect about their past, India and its people will be happy if Shinzo Abe offers New Delhi an opportunity to strengthen its economy which has got severely damaged due to the Covid-19 pandemic.

Like a true friend, Japan has decided to stand by India, says several media reports. Japan is keen to make India and some other ASEAN countries a base for its companies willing to shift out of China.

It has decided to offer subsidies to its manufacturing companies if they will shift their production base out of China. Japan which has a long-standing dispute with Beijing over Senkaku Island wants to reduce its dependence on a particular region and set up an alternate source of stable supply of medical and electronic components even during an emergency, reports Japanese daily, Nikkei Asian Review.

Japan has earmarked a $2.2 billion economic package to help its manufacturers shift their production out of China. In order to offset the disastrous impact of the pandemic, Tokyo will provide 220 billion yen ($2 billion) to companies which will shift production back to Japan and 23.5 billion yen to those seeking to move production to other countries.

While trade and investment are expected to figure during the bilateral summit between the countries, they are likely to seal a pact on much talked about Acquisition and Cross Servicing Agreement (ACSA). The pact will facilitate militaries of the two countries to use each other’s bases and facilities for repair and replenishment of supplies besides allowing them to scale up overall defence cooperation. If this pact is signed, Japan will be the third country after the US and Australia with which India has similar kind of arrangement.

The two sides are also expected to review the entire spectrum of bilateral relations, including the long-pending demand for the supply of the US-2 amphibious aircraft by Japan. Talks could also be held on the issue of technology transfer. India is interested in building diesel-electric submarines in cooperation with Japan. During his September 2019 visit to Japan for a defence ministerial meeting, Defence Minister Rajnath Singh had also interacted with Japanese submarine manufacturer--Mitsubishi Heavy Industries and Kawasaki Heavy Industries.

India and Japan are holding their annual summit at the time when India is facing tense standoff with China as PLA troops are refusing to withdraw from some of the friction points in eastern Ladakh despite several rounds of diplomatic and military level talks. On the night of August 29 and 30, Chinese troops tried to intrude in the South Bank of Pangong Tso and change the status quo there, but jawans of highly trained and motivated Special Frontier Force thwarted their move.

In the just concluded meeting in Moscow, Defence Minister Rajnath Singh told his Chinese counterpart in clear terms that India would not cede even an inch of its territory and that disengagement and de-escalation are the only option for peace and tranquility in the border areas.

Following the Galwan Valley incident in which 20 Indian soldiers had died in a violent clash with Chinese PLA troops on June 15, Japan had lent strong support to India. Japan’s ambassador to India Satoshi Suzuki twitted, “Japan opposes any unilateral attempts to change the status quo,” (in the region).

India and Japan are also likely to discuss in detail about the situation in the Indo-Pacific region, including the South China Sea. As regarding the next Malabar naval exercise, the two sides are expected to shed light on inclusion of Australia for the event and further strengthening of the Quad, comprising India, Japan, the US and Australia. India is going to host a Quad ministerial meeting later this year.

Nonetheless, for the international watchers, September 10 will be highly watched affairs. While Prime Minister Narendra Modi will hold summit with his friend Sinzo Abe and lay the ground for a formidable engagement in the post Covid-19 world, External Affairs Minister S Jaishankar will hold face-to-face talks with his Chinese counterpart Wang Yi in Moscow on the side lines of SCO foreign ministers’ meeting.

But everyone knows China will continue with its foxiness no matter how best India tries to convince Beijing that maintaining peace and tranquility on the border is in the good interest of both sides. On the other hand, Japan will like to see India remain a stronger and vibrant society with the capacity to become a formidable supply chain of the world in the next few years. For this, wait and watch will be a plausible answer for every international watcher.