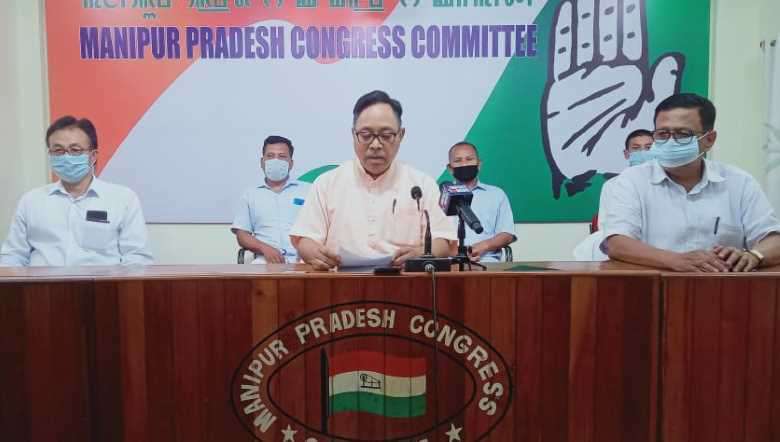 The Manipur Pradesh Congress Committee (MPCC) has urged the state government to take up necessary action to give exemplary punishment to the culprits involved in the alleged gangrape and murder case of a minor girl in Mayang Imphal recently.

Giving exemplary punishments to the culprits will help in preventing such crimes in the future, said MPCC vice-president Kh Ratankumar before the media at the office of MPCC in Imphal on Monday.

Condemning the brutal act, Ratankumar also expressed his appreciation to the JAC and other civil bodies for their support and cooperation in the investigation of the case. He further urged the state government to reach an amicable solution with the family members of the deceased girl whose body is currently being kept at the morgue of the RIMS and carry out her last rites.

According to reports, the 14-year-old girl was allegedly gangraped and left abandoned in an unconscious state at a roadside in Mayang Imphal on September 2. She was hospitalised at RIMS hospital but she succumbed to her injuries the following day. Altogether six suspected accused have been arrested in connection with the case.