It was June 2, 1997. A Boeing 747 of the Saudi Arabian Airline wanted to land at Chennai Airport. Incidentally the radar was not operational on that fateful day. 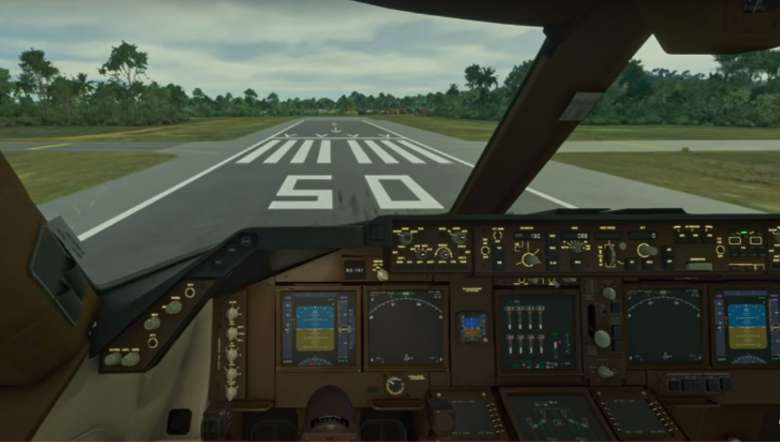 It was endless hours in the afternoon shift. The day-flying was done and all packed up for the day. They were in the Ops Room awaiting the final call from the Tower. Outside, the beautiful twilight of Chennai calmed the nerves. The conical windsocks in red and white were dancing that resembles a giant sock with wind direction. Meteorologist - the sky watchers kept careful watch on the lookout for cloud. The samosa with chutney and garam chai went perfectly well. Suddenly an object had been detected by the Airport Surveillance Radar (ASR) screen displaying a message on computer.

There swooped an aircraft downward towards airstrip. No sooner ATC Tambaram called up ATC Chennai, it tried to contact the aircraft but all efforts went in vain.

It was June 2, 1997. A Boeing 747 of the Saudi Arabian Airline wanted to land at Chennai Airport. Incidentally the radar was not operational on that fateful day. ATC placed the Saudi in a holding pattern making ovular circle for landing. Very shortly they found no clue, wondering the aircraft missing from Flight Information Region (FIR).

Since the weather was fine, the Captain Khayat sought approach for visual clearance. The pilot avoided navigational instrument as he had seen the runway physically. He sighted 05 of Air Force Tambaram strip instead of 07 of Chennai and started descending towards threshold for touchdown.

The Air Force Controller panicked and fired four red cartridges in the air, signalling the refusal of permission. The pilot either didn’t see or simply ignored. He ran out of time before he got through another attempt to take off and had to continue approach. While it touched down, the pilot realised a grave mistake at seeing the shorter runway from cockpit but prompted enough to jam the brakes to saves the lives of 330 passengers and 17 aircrews. It had blown four tyres and finally had a stunning escape to halt at the edge of the runway, barely 100 metres from the huddle of ATC.

Landing is one of the toughest jobs of flying. Every airfield is unique and international flights are unfamiliar with the local area and thereby face mayhem task. Some rely on what they see out of the cockpit rather than instruments and charts. Interestingly Chennai (IATA – MAA, ICAO - VOMM) and Tambaram (ICAO - VOTX) are parted by 6 nautical miles aerial distance with its coordinated geographical location (Latitude-Longitude) 13°4’N 80°17’E and 12°55’N80°6’E respectively.

Pilots often get confused as both have another same runway numbering 12-30 (expressed as 120°-300°, Navigators use ordeal direction north as 360°). It was a nerve racking experience for Air Force Tambaram while the fully loaded 747 came down on 4,700 feet runway instead of 10,000 feet of Chennai.

The base put on high alert and it sealed off the runway, cordoned the aircraft, including passengers. It was such a situation like in Hollywood movies but all too real.

The Air force was woken up by the emergency state with a huge jet landed without any emergency and permission. Commandos took out loaded guns from the armoury and cocked its weapons ready for firing. The passengers had no clue while waiting five hours inside the aircraft on tarmac but complained for switching off the air-conditioning. They only learnt the miracle when they were safely evacuated.

Sabotage was ruled out after the talk with DGCA and Civil Aviation. But the aircraft was tucked up for four days as the runway is very short to fly again. It was like the warrior Abhimanyu (Saudi Arabian Airline Boeing 747) got trapped inside the invincible Chakravyuh (Airstrip 05) in the battle of Kurukshetra (Tambaram Base) by Dronacharya (Air Force Commando). And the plane got stuck after landing at the wrong airport.

The mission was deemed impossible, how to get the aircraft out. Should it be broken for scrapped or towed down the road to Chennai? Finally it stripped bare to be lightened, removing interiors, air-conditioner and even emptying fuel to cruise for a few nautical miles. On 4th day at 1648Z, the Boeing-trained Commander Captain Jam Joom performed a near miracle after 3 and 1/2 hours of waiting for favourable wind, when he steered the huge plane off the tarmac after running the shortest distance for 3960 feet, where a jumbo jet requires at least 8000 feet strip space for take-off.

The incident cost the airlines a boatload of Saudi Riyal 1.16 million for landing and parking charges. It was just a tentative fine but the damages are far higher as the entire runway, taxiways, ramps and lights faced severe damage. And the big bird had finally flown shattering ATC glass pane spontaneously. After nine minutes, it finally landed in Chennai.