Sahnit is a cultural and traditional practice that seeks to resolve issues: KIM 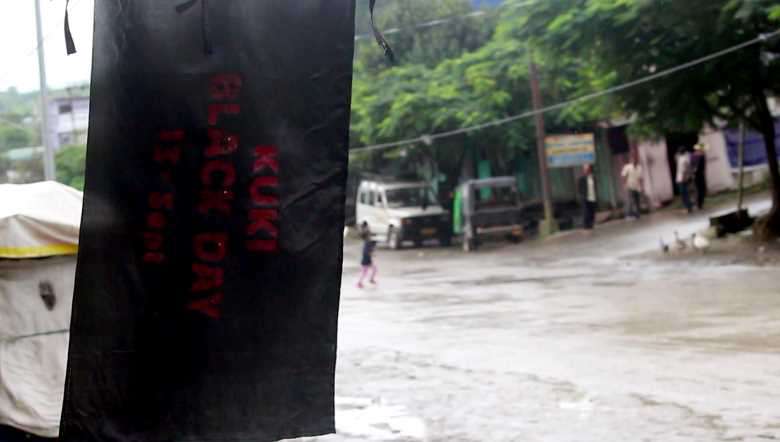 As the Kukis across the globe gears up to observe ‘Sahnit’, commonly known as the ‘Kuki Black Day’, on September 13, the Kuki Inpi Manipur (KIM) has elucidated about the event on how it should be observed during the pandemic this year.
Giving brief details about Sahnit, KIM said that it is a ritual of mourning for the Kuki people who died of tragic or unnatural death until the case of the deceased is completely settled. The customary observance has been stringently observed by the Kuki forefathers since the days of yore and is still being practiced solemnly by the Kukis today, it added.

“On September 7, 1995 a meeting was held by the Kukis under the aegis of KIM to observe September 13 as Sahnit (Black day) for the victims of the NSCN-IM’s ethnic pogroms, which resulted in the death of more than 1000 innocent Kuki civilians, uprooting of 360 villages and displacement of more than one lakh Kukis between the year 1992 and 1995, and the case has not been settled till today as per Kukis’ customary rites and practices,” said KIM.

It further said that Kuki people have been observing the day as Kuki Black Day not to show hatred or enmity, but as a traditional mourning, which will continue till the issue of their killings are appropriately resolved. The solemn observance all over the world by the Kukis is a cultural and traditional practice of seeking to resolve issues for peace to reign in the land, it added.

KIM also said it has decided to observe the black day on September 13 following the SOPs of COVID-19 enforced by the state government. It should be observed as a day of mass prayer for the Kukis, which will begin from 11 am till 1 pm and on the particular day, no individual should move out of home or travel outside except for participation in the observance, notified KIM.

It further stated that working in farms or fields should be avoided by one and all and all the donations or contributions made in cash or kinds during the prayer should be submitted to KIM.

All the block or unit level programmes should be made known to the concerned Inpis and districts and Block Inpis should ensure for effective observance. Prayer programmes organised in churches should be monitored by the respective church elders, in strict compliance of the SOPs guidelines, it said.

KCLF leaders irrespective of which church or denomination they belong to should ensure that prayers for the Kuki people are held in the church between 11 am till 1 pm with the prayer items by the respective local church leaders, said KIM.

It also said that black flag should be hoisted on the roof of all Kuki houses from morning till sunset as a mark of respect and remembrance for the deceased. All the executives, officer bearers and staff of KIM will observe the black day at Kuki Black Day Monument, KIC Complex, Churachandpur, it added.

Every individual, groups, organisations or associations should wear black dress and take serious note of the aforementioned regulations and render every necessary service according to their own capacity for the successful observance of the black day, said KIM.