The international border has been sealed since March 23 due to the lockdown. However, illegal trade activities continue unabated. 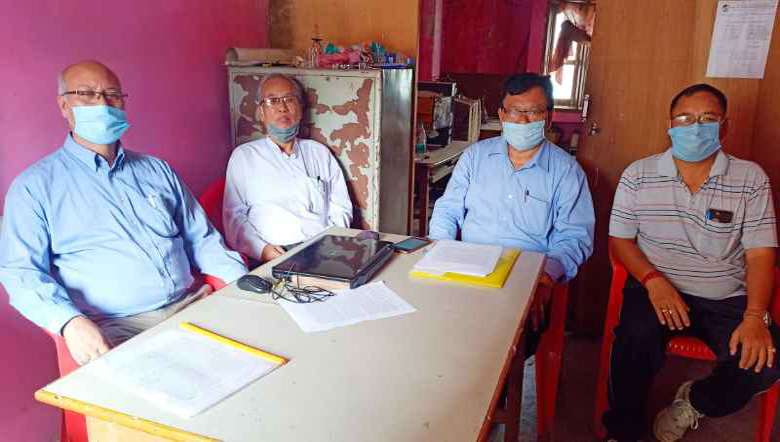 Imphal-Moreh road will be soon known as the drug route from Golden Triangle to India if illegal activities such as drug business along the route are not checked and controlled in time, the Indo-Myanmar Border Traders’ Union (IMBTU) also known as the Federation of Exporter-Importer Organisation, Manipur (FEXIMO) has said.

The international border has been sealed since March 23 due to the lockdown. However, illegal trade activities continue unabated. If the issue is not handled in time, it may even lead to closure of the Land Custom Station (LCS) at Moreh, IMBTU president Wathan Nabachandra said at the silver jubilee celebration of the union held in Imphal on Sunday. Advisor of the union, Yumnamcha Dilipkumar also spoke on the occasion and the two leaders highlighted the demands and suggestions of the union.

1. Stringent measures to check illegal business along the Imphal-Moreh route even during the lockdown.

2. Setting up of a Manipur Trade Policy at the earliest.

3. A separate trade and commerce directorate for the state.

4. Relaxation for traders in procurement of VISA and entry permit.

5. Letter of credit, which is essential in import and exports, should be made available in banks.

6. Trade loan/ worker capital should also be given to the traders.

7. A trade showroom for Manipur at Mandalay.

8. The ongoing development work of Imphal-Moreh road should be completed at the earliest

9. Different offices at LCS, Moreh should be made fully functional.

10. Buyers and sellers meet as well as awareness programmes on trade.

Dilipkumar said that after gate number 2 at Namphalong opened, many restricted/illegal items have also been imported in the state. Different departments collected tax for all the imported items he said and questioned why the state government did not check such activities.

The international border had been sealed since March 23 due to the lockdown. However, many restricted items have been seized and people have been arrested regularly along the Imphal- Moreh road, he said.  As such, the people of the state are curious to know what punishment the state government has given to those individuals who were arrested, he added.

He asserted that the state government’s slogan of war against drugs will be meaningless if it keeps on protecting people engaged in illegal activities. Such acts of the government will also demoralise the police personnel on duty, said Dilipkumar.

There is also a need to boost the trade in the border as soon as the situation of COVID-19 improve in the state, he added

While delivering the keynote address, general secretary of the union, Ibotombi Sharma said that the union was formed on August 30, 1995, soon after India and Myanmar trade agreement was inaugurated April 12. He also said that the union along with Manipur commerce and industries department also organised awareness programmes on international trade at Imphal, Moreh, Churachandpur and Jiribam districts.

Sharma pointed out that at the initial stage after the trade agreement, only 22 items were allowed for the trade. As such, the union submitted different memorandums to the state government and director general of Foreign Trade, New Delhi demanding increase in the items permissible for the trade.