The prime minister salute the farmers in his address to the nation in the 15th Episode of his ‘Mann Ki Baat 2.0’ on Sunday. 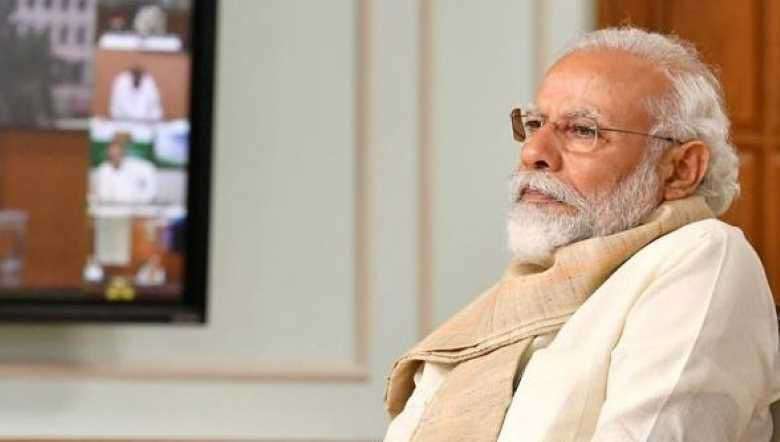 Prime Minister Narendra Modi on Sunday heralded the festival season of the country and called upon the nation’s attention to the deep connect between festivals in India and the environment.

“This period is full of festivals... Our festivals implicitly convey the message of coexistence with the environment and nature... many festivals are celebrated precisely for protecting nature,” the prime minister said in his address to the nation in the 15th Episode of his ‘Mann Ki Baat 2.0’ on Sunday.

Further highlighting the deep connect between the environment and the festivals celebrated in India, Modi said, “In West Champaran district of Bihar, people belonging to Thaaru tribal community have been observing a 60-hour lockdown for centuries…..in their own words- ‘Saath ghante ke Barna’. The Thaaru community has adopted BARNA as a tradition for protection of nature. During this period, neither does anyone enter the village, nor leave home, and they believe that if they step out or if someone enters from elsewhere, the to and fro movement along with other routine activities of people can lead to the destruction of new plants and trees”.

The PM also highlighted the festival of Onam which arrives in the month of Chingam. “Onam is a festival linked with our agriculture. It is also the time of a new beginning for our rural economy. Our lives, our society derive sustenance from the fortitude of farmers. Their perseverance lends myriad hues to our festivals. In the Vedas too, our food provider, Annadaata, the life sustaining shakti of our farmers has been gloriously venerated,” he said.

Pointing out the sense of responsibility among the countrymen and the spreading of awareness on eco-friendly living, Modi said, “At every event being organised in the country, the kind of patience and simplicity being witnessed this time is unprecedented. Even Ganeshotsav is being celebrated online at certain places; at most places eco-friendly Ganesh idols have been installed”.

The prime minister saluted the farmers in his address and said that even during these trying times of Coronavirus, our farmers have proven their mettle. “This time around in our country, sowing of kharif crops has increased by seven per cent compared to last year. The sowing of paddy has increased by approximately 10 per cent, pulses close to 5 per cent, coarse cereals almost 3 per cent, oilseeds around 13 per cent and cotton nearly 3 per cent," he said.

Modi also said that India is a vast country with a lot of diversity in food and drink. There are six different seasons in our country, different regions produce diverse crops according to the respective climate. Therefore, it is very important that according to the season of a particular region, a well-balanced and nutrient rich, diet plan should be drafted to include local food grains, fruits and the vegetables cultivated there. Now for example. Millets including coarse grains like Ragi/Finger Millet and Jowar/ Sorghum... these are very beneficial nutritious food. An Agricultural Fund of India is being created, it will have complete information about the crops, that are grown in each district and their related nutritional value. This fund can be of great use for all of you. Come, let us inspire one and all to eat nutritious food and stay healthy during the nutrition month.

Together with the Children University of Gandhinagar, a unique experiment in the world, the ministries of Women and Child Development, Education, and Micro-Small and Medium Enterprises, the prime minister said that they deliberated on “how to make new toys, especially Indian ones, available to the children of India, how India could become a big hub of toy production”.

“Whereas toys augment activity, they also give flight to our aspirations. Toys, not only entertain, they also build the mind and foster an intent too. I read somewhere what Gurudev Rabindranath Tagore had said about toys, the best toy is that which is incomplete; a toy that children together complete while playing,” Modi said.

The prime minister also said that in this era of computers and smartphones, there is a big trend of computer games. "In these games, their themes are mostly extraneous. Our country has so many ideas, so many concepts; our history has been very rich. Can we make games based on that? I call upon the young talent of the country - make games in India and make games based on India too... be it the sector of toys in the self-reliant India campaign, all have to play very important role, and therein lies an opportunity too," he said.

Touching upon several areas, where the country is moving ahead, the prime minister recalled that hundred years ago when the Non-cooperation Movement started, Gandhi ji had written – “Non-cooperation movement is an effort to make countrymen realise their self-respect and their power”.