Wreaths and floral tributes were paid and a silent prayer was offered as a mark of respect and honour to the great leader. 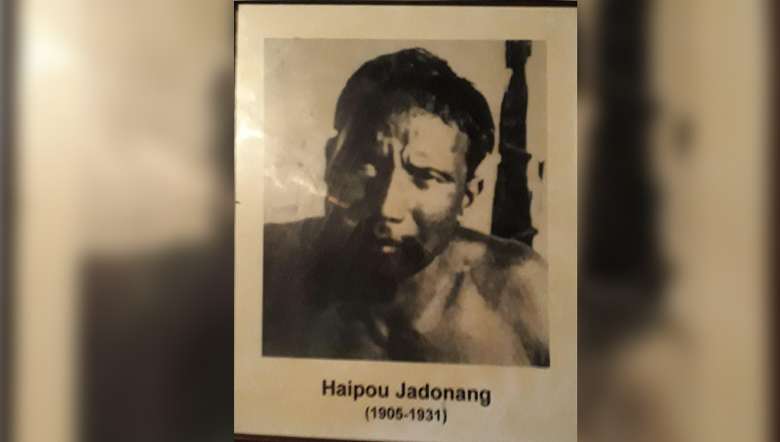 Naga freedom fighter Haipou Jadonang was widely remembered in Tamenglong district on his 89th death anniversary on Saturday. Wreaths and floral tributes were paid and a silent prayer was offered as a mark of respect and honour to the great leader.

Central administrative officer GPRN/NSCN Zeilad Region George Golmei in his exhortation speech mentioned that the Naga national movement which came up to signing of the Framework Agreement is the footprint of Haipou Jadonang. “Haipou Jadonang from his early life had a great consciousness for his people. He opposed paying hill house tax to the British and knowing that Naga in Manipur would not be able to conquer the British,” he said.

Jadonang’s campaign to oppose and fight against the British reached Naga Hills in Nagaland, he narrated. The forefathers had done in their capacity to bring the Naga solution. Now, the present era has much to do and people of Rongmei and its cognate tribe Zeme, Liangmei and Inpui need to work harder for the Naga issue following the footprints of Haipou Jadonang, he said.

The Zeilad Region CAO also mentioned that Haipou Jadonang was wrongly accused in the murder case while looking for a fault to be killed. He was hanged on August 29 in 1931.

President AZACO, pou Poudongai Kamson delivered a speech at length on the life history of the martyr Haipou Jadonang, stated a release. Religious hymns were chanted and a minute silence was observed. Floral tributes were paid as part of the observation, it added.