Amid the struggle to cope with the Coronavirus-lockdown, several consumers in Imphal are facing yet another problem of accessibility of LPG gas cylinders for cooking. 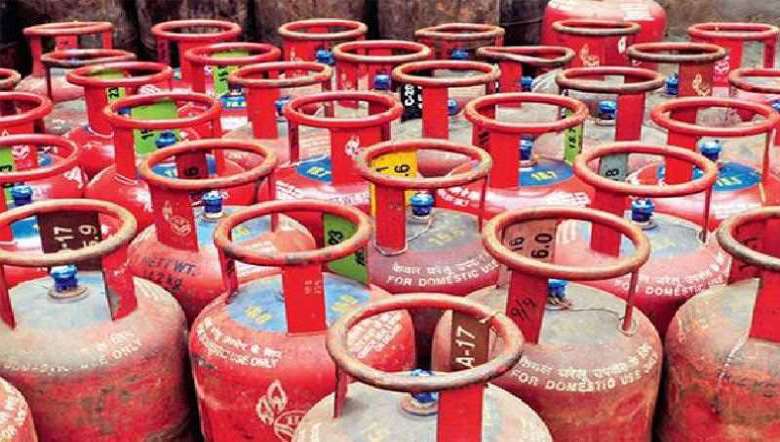 Cooking gas consumers in Imphal valley, mainly those in containment zones, are facing the problem of accessibility of LPG cylinders despite the state government order for its home delivery service as a precautionary measure to prevent the spread of COVID-19.

As piped cooking gas supply remains a pipedream for the residents in Manipur, LPG cylinders are commonly used for cooking and most customers buy it from LPG supply agencies across the state. The situation, however, changed since the lockdown was enforced in the state following the outbreak of COVID-19. The first phase of the 21-day nationwide total lockdown which was announced on March 24 by Prime Minister Narendra Modi has been continually extended in Manipur with partial relaxation from time to time after monitoring the situation. This time, the lockdown is enforced in the entire state till August 31.

However, to ensure the availability of essential services, including cooking gas, the state government had issued an order on March 29, stating that LPG dealers, agencies or distributors operating in the state should adopt home delivery service. The order stated that the system of home delivery should be adopted with immediate effect until further order. It also stated that no distribution of LGP cylinders should be allowed within the premises of the respective dealers or agencies.

Initially, LPG home delivery service was functioning successfully. But as the lockdown kept extending in view of the rising cases of Covid-19 in all districts of the state, many consumers started facing the problem of delayed or non-delivery of gas or having to shell out extra charges. While some gas agencies ask for extra delivery charges, some other agencies has made it mandatory for consumers to enroll to avail the service with extra charge and a separate charge for delivery. The issue of accessing cooking gas is causing a harrowing time for several consumers.

During an interaction with the Imphal Free Press, one consumer named Takhellambam Chosini of Singjamei Chingamakha, Imphal West, said accessing home delivery service has become a major problem amid the lockdown in the city area. “As per the government order, consumers are asked to opt for home delivery service. But when I dialed the given number, the respective gas agency did not cooperate. I have been cooking with charcoal since the home delivery of cooking gas is delayed though my booking date was mentioned in the newspaper last week,” he said.

Information on booking and availability of gas is usually published in local newspapers for the convenience of both the suppliers and the consumers in the state.

Another consumer, one Chongtham Bijaya of Nagamapal of Phougaishangbam Leikai told IFP, “Thrice I missed my refilled cylinder due to lack of proper information in the paper. I do not know whether it was due to misinformation from the gas agencies or by the newspaper. The domestic cylinder weighs 14.5 kilogram though it is mentioned in the paper '19 kilogram cylinder available'.” She said when she contacted the phone number provided in the newspaper, one man told her to visit the head-office to sort out the issue though home delivery service is ordered to avoid getting out of home.

Mentioned may be made that Imphal West police had arrested two persons on April 24 from Majorkhul and Ragailong village for selling refilled gas cylinders in the black market.

In view of the several problems aired by the consumers, the Imphal Free Press contacted former member, Manipur Commission for Protection of Child Rights (MCPCR), Keisam Pradipkumar of Wangkhei Ayangpalli Ningthem Pukhri Mapal. During a telephonic conversation, he told IFP that the home delivery system of refilled gas cylinders is a good step initiated by the state government. If the system is monitored properly, it would help the suffering people who are facing more problems with the present system amid the lockdown enforced in the state.

“I tried to contact the mobile number mentioned in a newspaper for the respective LPG gas agency but the number was kept switched off. Keeping mobile phones switched off or on busy mode by the gas agencies seems to be a common scenario now,” Pradipkumar said.

Some agencies ask customers to make prior cash payment at their counter for home delivery. That's still vulnerable for contact infection and it is not possible for consumers under containment zones to move out, he said.

Even if the agencies pick up the call, the home delivery service is always delayed, consumers complain.

“After several attempts at calling an agency number, one person picked up the phone and told me to wait for two-three more days. But no delivery of refilled cylinders was made. Only after I registered complaints at the consumer club and to the media that I got my refilled cylinder,” Pradipkumar said, adding, “Many would not know where to place complaints to get the cylinder amid lockdown”.

Pradipkumar suggested that CAF and PD should launch a common helpline number so that consumers can submit their grievances in connection with the present LPG home delivery system. The authority concerned needs to monitor the functioning of the system to avoid spread of COVID-19, he added.

However, when IFP contacted Director Consumer Affairs, Food and Public Distribution (CAF and PD), Ranjan Yumnam over the phone, he said that till date no dealer has made complaints regarding the grievances faced by LPG gas consumers regarding home delivery service. The authority of LPG service is monitored by IOCL and CAF and PD supervise the service. The department has already issued a helpline number, he said.

Ranjan Yumnam said that considering the present scenario, he will raise the issues with higher officials in order to activate LPG services to the present helpline or another alternative will be taken up. All necessary measures will be taken at the earliest at the level of respective nodal officers who are district supply officers of the department, he added.

ALSO READ Home isolation for asymptomatic and mild cases - how many can fulfill the conditions?