Tsai’s second term has been experiencing some diplomatic successes especially in August, after it suppressed the Covid-19 pandemic. 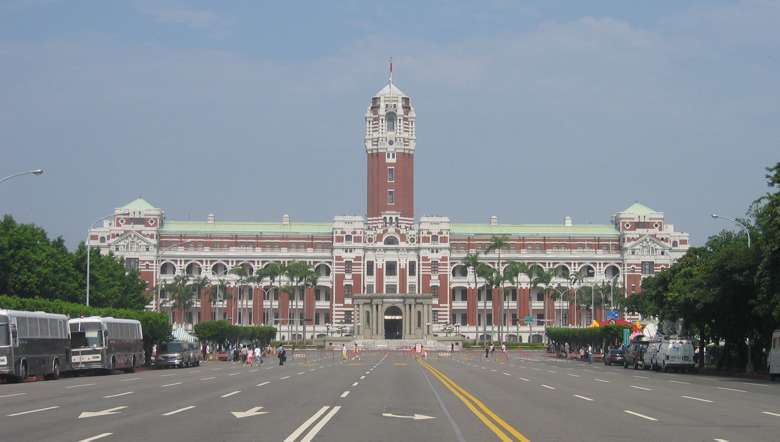 Tsai Ing-wen of the Democratic Progressive Party (DPP) became President of the Republic of China (ROC), popularly known as Taiwan, in succession for a second term on May 20, 2020 defeating the two-term President of the pro-People’s Republic of China (PRC) Kuomintang (KMT) Party’s Ma Ying-jeou in 2016. Although during the latter's time, there was a ‘diplomatic truce’ between Taiwan and China (PRC), Tsai’s first term of four years saw China poaching Taiwan’s allies through a multi-faceted campaign, which she described as through ‘cheque diplomacy’ or ‘dollar diplomacy.’ (China considers Taiwan as its territory and hopes to acquire it by any means, despite it never having been under Beijing’s jurisdiction since its formation on October 1, 1949.) Thus this island nation of 23.5 million people lost seven of its diplomatic allies to China during Tsai's first term reducing their number to 15, including Holy See, from the earlier 21. The seven countries which ditched Taiwan are the Republic of Kiribati, Solomon Islands, Dominican Republic, Burkina Faso, Republic of El Salvador, Republic of Panama, and Democratic Republic of Sao Tome and Principe. However, Taiwan has economic and cultural relations with more than 50 countries. While China maintains formal relations with180 UN-member nations.

Despite all these, Tsai’s second term of 100 days has been experiencing some diplomatic successes especially in August, after it suppressed the Covid-19 pandemic. First was the visit of a parliamentary delegation headed by former Japanese Prime Minister Yoshiro Mori to pay tribute to former President Lee Teng-hui, who passed away on July 30 at the age of 97. The visit was organised jointly by the Japan-ROC Diet Members Consultative Committee and the Japan-Taiwan Exchange Association.

The next visit was that of Alex Azar, the US Secretary of Health and Human Services (HHS) from August 9 to 12. He was the first highest ranking U.S. official to visit the nation since 1979, after the two countries severed diplomatic ties. Others in the delegation included James Moriarty, chairman of the board of the American Institute in Taiwan (AIT), the de facto embassy of the United States of America; Mitchell Wolfe, chief medical officer of the Centres for Disease Control and Prevention; Brian Harrison, HHS chief of staff; Garrett Grigsby, director of the HHS Office of Global Affairs; and other members of the Trump administration.

During Azar’s visit, Taiwan and the U.S signed their first memorandum of understanding (MOU) on health cooperation with emphasis on global health security, infectious disease control and vaccine development. It was signed by Brent Christensen, director of AIT, and Yang Jen-ni, chairwoman of the Taiwan Council for U.S. Affairs (TCUSA), which serves as the headquarters for the Taipei Economic and Cultural Representative Office (TECRO) in the US.

Azar said the MOU formalised the more than two decades of collaboration between the health ministries of both sides, while Taiwan’s health minister Chen Shih-chung called it a "breakthrough" in Taiwan-U.S. health and medical cooperation and the "beginning of a new chapter" in bilateral relations. Collaborative efforts under the MOU's framework will be conducted through science and research projects, personnel exchanges, training, consultations, and workshops and conferences.

Azar reiterated U.S. support for Taiwan's inclusion in international health forums in a meeting with Foreign Minister Joseph Wu. "The United States believes that Taiwan's accomplishments should be recognized on the world stage, and that Taiwan should be able to share these lessons and its world-class expertise in international forums," Azar said. The U.S. health minister said he had made that point repeatedly at the World Health Organization (WHO).

Taiwan has been excluded from the annual meeting of the WHO's policymaking body, the World Health Assembly (WHA), since 2017, largely due to China's objections. It had attended the Assembly as an observer from 2009 to 2016 when relations with Beijing were better.

The United States has supported Taiwan's "meaningful participation" in international forums, including the WHA, in recent years but with little success.

"I have been a witness to the harmful and counterproductive results of excluding Taiwan from these international settings," Azar said, citing the WHO's rejection of Taiwan's donation of US$1 million for the Democratic Republic of the Congo to fight an Ebola outbreak in 2019.

Azar said international organizations should not be places to play politics at any time, and especially during a pandemic. "We will continue advocating for the contributions Taiwan can make to the world on important issues like health," he said.

Wu spoke of Taiwan's relatively successful containment of the COVID-19 outbreak to date and attributed it to the early deployment of resources, quick responses by all related agencies, lessons learned from the 2003 SARS outbreak, and transparency. Taiwan has donated 51 million surgical masks worldwide during the COVID-19 pandemic.

Azar also discussed with Taiwan the possibility of Taiwanese healthcare supply manufacturers investing in the U.S. to bolster its productive capability in such products.

August also saw Somaliland, a self-declared East African state, opening its embassy in Taipei on August 17. The ceremony was led by Lou Chen-hwa, Taiwan's chief envoy in Somaliland, and Yasin Hagi Mohamoud, Somaliland's foreign minister, with members of the foreign missions in Somaliland. Taiwan already has an embassy there.

Another mega delegation of 90 business leaders, scientists and legislators from the Czech Republic led by Miloš Vystrčil, the president of the Senate, will visit the country from August 30 to September 4. In an interview with Taiwan's Central News Agency, Vystrčil spoke of his expectations for the trip and on the state of Czech-Taiwan relations. He also expects to hold broader discussions on social topics, democracy and freedom -- values which he sees as constituting "the cornerstone of prosperity." "Taiwan is a clear example of this," he continued, saying that the country's transition to democracy had gone hand-in-hand with its economic rise.

Despite these plans, Vystrčil said he had faced pressure from some in his country, including President Miloš Zeman, who prioritized the financial benefits of maintaining strong relations with China.

Vystrčil said general awareness of Taiwan in the Czech Republic had been increased by the former's "splendid" handling of the COVID-19 pandemic. He also said the Czech people were grateful for Taiwan's donations of personal protective equipment.

Reflecting on the similar paths of both countries in their transitions to democracy, Vystrčil said he was pleased to "finally get a chance to see the people of Taiwan, who I think have achieved great success."

Meanwhile, senior diplomat Baushuan Ger will succeed Ambassador Tien Chung-kwang as Representative of Taipei Economic and Cultural Centre (TECC) in India. Ambassador Tien was earlier appointed as a Deputy Foreign Minister of Taiwan. Ger has been director-general of MOFA’s Department of East Asian and Pacific Affairs, ambassador to St Vincent and the Grenadines, and director-general of TECO in Chicago.

Moreover, TECC will have two Deputy Representatives in New Delhi, for the first time, apart from Chih-hao Jack Chen, who has been here over one year. The other deputy, Chen Mumin, is expected to take charge soon. This shows “how much importance Taiwan gives to its relations with India,” said Chen. It may be noted that in her inaugural Presidential address in 2016, Tsai had mentioned India, the only country she named in the speech, as a priority nation in her South-bound Policy.