Rk Imo was expelled under rules, provision of INC: MPCC 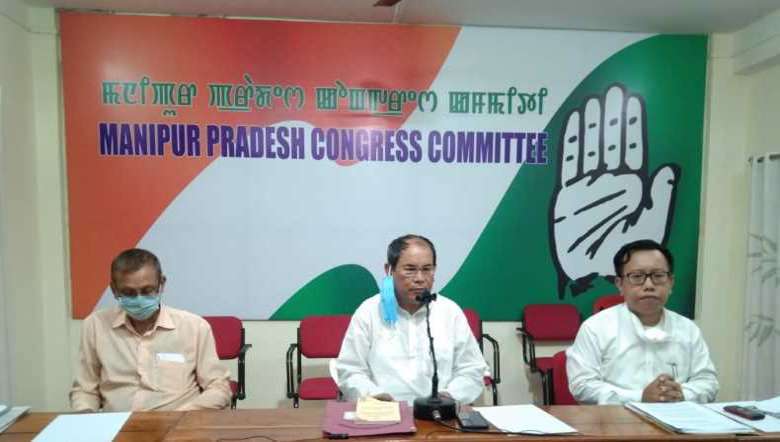 The state Congress party on Sunday refuted the statements issued by RK Imo that he was expelled from the party without any reason despite voting in favour of the party on August 10 while participating in the proceedings of the Manipur Legislative Assembly.

In a press conference held at state Congress Bhavan, BT Road, Imphal, former MLA E Dwijamani said the Disciplinary Action Committee of Manipur Pradesh Congress Committee (MPCC) gave the recommendation to the state MPCC president to expel Rk Imo from the party as a disciplinary action. He categorically stated that the recommendation was not made under any pressure.

He said the allegations raised by Imo against MPCC are baseless and his expulsion from the party was carried out as per rules and provision of the constitution of Indian National Congress (INC). Dwijamani assured that he has been serving for the last 20 years as an office bearer in the political party. The findings of the committee are complete and there is no room left out for raising questions, he added.

MPCC spokesperson, Ningombam Bupendra said that the Congress Legislative Party (CLP) leader, Okram Ibobi and MPCC president Moirangthem Okendro were appointed for the respective positions in the party by Congress president, Sonia Gandhi. He denounced the allegations raised by the expelled MLA against the CLP leader and asserted that Imo’s statements were factually incorrect.

He questioned how the expelled MLA jumped to the conclusion that there are only 15 Congress MLAs left in the House at present.

He cited the judgment of Supreme Court of India, G Viswanathan that the expelled MLA can attract disqualification if he/she joins another party or goes against the whip of the parent original party on which the MLA got elected.

“How the expelled MLA has concluded that there was a voting in the trust vote on August 10, when the Congress submitted a memorandum to the Governor, calling the trust vote as illegal and inconclusive as the division of vote was not allowed in the House,” asked the MPCC spokesperson.

Seeking a response from Imo, Bupendra stated that Imo should highlight his stand on the demand for transfer of Zhou’s drug case to CBI. He further questioned why Imo and chief minister, N Biren went to Delhi instead of monitoring the covid situation in Manipur where there is a spike in positive cases.