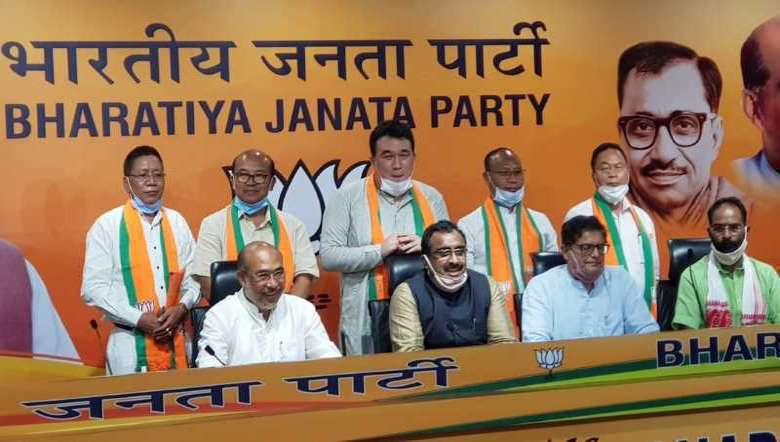 In a big boost to the Bharatiya Janata Party (BJP) in Manipur, five legislators who left the Congress party joined the BJP on Wednesday.

The five MLAs who joined the BJP on Wednesday included Okram Henry Singh, Oinam Lukhoi Singh, Ngamthang Haokip, Ginsuanhau and Paonam Brojen. However, it is yet to be confirmed Congress MLA RK. Imo, who is also reportedly camping in New Delhi, joined the BJP fold or not.

All the former Congress MLAs tendered their resignations during the one-day Monsoon Session of the state Assembly on August 10. Manipur Legislative Assembly Speaker Y Khemchand Singh had on August 11 accepted the resignation of the five MLAs.

Five days after their resignation, the six MLAs along with CM Biren left Imphal for the national capital last Sunday. Unconfirmed sources said another Congress MLA, Md Abdul Nasir, who was expected to join BJP is likely to join another party.

In the wake of the development, Minister Th. Bishwajit and BJP president Saikhom Tiken, also rushed to New Delhi this afternoon. Sources said that Bishwajit and Tiken were summoned by the party central leaders.