Najma Heptulla has urged all citizens to work together and bring emotional integrity and ensure that every part of the country is developed equally so that there is no sense of discrimination. 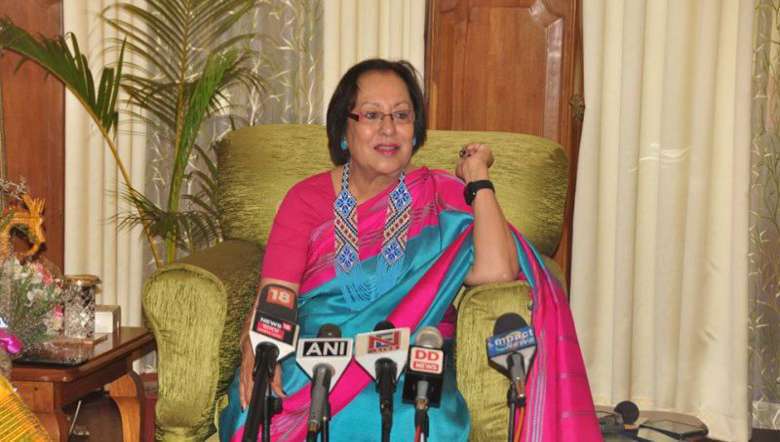 Manipur Governor Najma Heptulla has extended her heartiest greetings and best wishes to the people of Manipur on the eve of Independence Day.

The governor stated in a release that in the last more than 70 years after independence, India has made major progress in most of the socio-economic development areas but there are still challenges to be tackled. The technological strides have been made to ensure that no citizen is left hungry or illiterate and progress is equitable, she added.

The governor has urged all citizens to work together and bring emotional integrity and ensure that every part of the country is developed equally so that there is no sense of discrimination.

Meanwhile, Manipur Legislative Assembly Speaker Y Khemchand Singh said in a release that the nation celebrates Independence Day on August 15 in honour of the freedom fighters who fought and sacrificed their lives to free India from the shackles of bondage.

Also, Public Works Minister Th Biswajit Singh extended his warm greetings and best wishes to the people of the state on the joyous occasion of 74th Independence Day celebration on August 15. The minister stated in a release that this year the pandemic COVID-19 has profoundly impacted the entire world and the occasion must inspire the people of the country to collectively fight and defeat the pandemic.

The release stated that people of the country need to be mindful of their attitude towards others, say no to corruption and give every citizen the sense of belonging. The citizens of the country can build and sustain the kind of nation that the past heroes of the country had dreamt of and laid down their lives for, it added.

Forest Minister Awangbou Newmai has also extended his heartiest greetings and best wishes to the people of the state and said, “let us remember the brave souls in our hearts who secured today’s freedom and contributed selflessly for the well-beings of the citizens of a free India.”

He also urged all to work as one, in the true spirit of a democratic country to bring about emotional integration and equal development.

“I have strong hope that we can overcome the challenge of COVID-19 pandemic in the coming days and I urge everyone to stay safe and follow necessary SOPs,” said the minister in the release.