Boycotts and midnight gunshots amid poverty and inequality - Is this the India that was envisioned?

It's high time the Government accord due importance to resolving militancy issues in the Northeast to usher in peace and development. Efforts should be taken to bring all the rebels to the talks table. ‘Disturbed area’ tags have disturbed the economic growth of the region for far too long now. 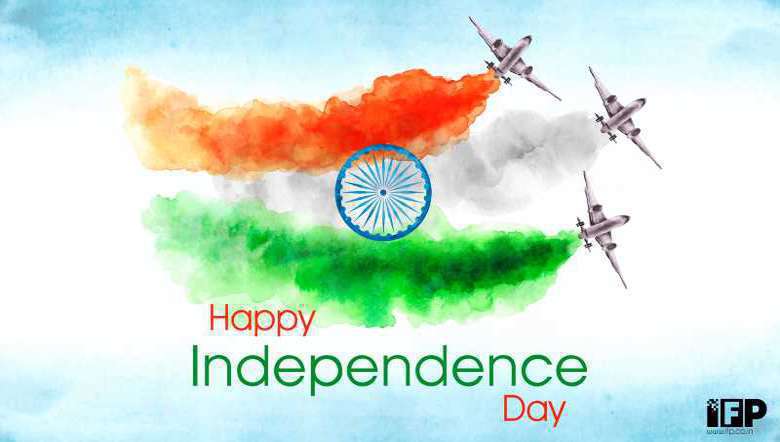 The boycott and shutdown calls for Independence Day 2020 by six militant groups based in Manipur, Tripura, Assam and Meghalaya and  ULFA-I and GPRN/NSCN in the entire North East India, evoked childhood memories- where it was customary for militants to boycott Independence day and fire gunshots at the stroke of midnight on the 14th of August every year. The sound of those gunshots, though similar to celebratory crackers as must have been witnessed elsewhere in India on Independence Day had quite the opposite connotation in the Northeast. It was frightening as security forces would be everywhere, looking for those rebels who had fired the not-celebratory gunshots.

There was a reason why people were wary of the so-called operations by the security forces; boys and men would be paraded and a masked man would scan all the faces one by one. The fact that anyone whom the man with mask pointed would be nabbed irrespective of whether one was innocent or not (everyone was innocent- no militants stayed in a village after firing shots on August 14 midnight)  frightened most people, which made them all the more suspicious in the eyes of the masked man. Independence Day was a day not many people look forward to then. For a decade or so, the ordeal was the same.

Post the ceasefire and SOO agreements between the Government and a few militant organisations, situations in trouble-torn states like Manipur and Nagaland have witnessed a considerable change. Independence Day, for a change, is celebrated now in the Hills and not boycotted. Measuring that development by its own standard is worth applauding. However, the real sense of freedom is yet to be experienced as would have been expected in a country that has experienced 73 years of Independence.

As far as militancy issue is concerned, we have come a long way but there is still another long way to go; there are many organisations who are yet to come to the talks table.  The people have long been held to ransom with the promise of a separate homeland, based on historical cause. While we pay much attention to history, our future, and the future of our children are drifting towards serious economic gloom. The militants should consider what is best feasible for the people if they truly represent the causes of the people, as often proclaimed by them.

It is time for all stakeholders concerned to prioritize ‘negotiation’ and ‘solution’.

The Government on its part should also accord due importance to resolving militancy issues in the Northeast to usher in peace and development. Efforts should be taken to bring all the rebels to the talks table. ‘Disturbed area’ tags have disturbed the economic growth of the region for far too long now.

Except for the millennials, not many people will have a fascinating story of the Independence Day celebration, especially in states like Manipur and Nagaland. Coupled with that experience, the history books of schools and colleges seem to dwell mainly on the narratives of the mainland Indians and their fights.

Northeastern people are made to worship leaders projected to have played bigger roles just because they occupied bigger space in the history books of schools and colleges. It will be interesting how many people from mainland India know the heroics of Maniram Dewan, U Tirot Sing, Bir Tikendrajit, Chengjapao Kuki, Rani Gaidinliu, U Kiang Nangbah, Taji Mideran, kushal konwar, Shoorvir Pasaltha, Bhogeshwarii Phuakanii, Kanakllata Barua and Matmor Jamoh.

The day India got its independence i.e 15th of August 1947 merits a celebration with pomp and joy by all; it came with huge costs of life, money, and time. To ensure that, India need not conduct operations to nab those not celebrating the day.

Nationalism can’t and shouldn’t be enforced- rather it should come from within. If we in any way contribute to the feeling of alienation, discrimination and subjugation felt by our own countrymen, it is us who should rethink.

Primarily, we will have to make certain the prevalence of an India that is accommodative, understanding and sympathetic to the concerns of people of all faiths, caste, and colour.

India is free from the Britishers. Are its people free from - being oppressed, being subjected to authoritarian rule, inequality, poverty, etc.? The slogan of freedom from poverty had long been a movement within the development world. ‘Garibi Hatao’ (Eradicating poverty) was modeled along this concept. Today it appears as if the movement has been misunderstood as Garib Hatao (Eradicating the poor).

It is our responsibility to ask ourselves- Is it justifiable that the freedom that our forefathers whether rich or poor, from north or south, Brahmins or Adivasis, Muslims, or Hindus gave their life for should only benefit a few selected people? What worth is Independence if people die hungry, untreated, and communalised? Is this the India that was envisioned?

While we look at the different aspects of freedom, it is equally important to remember that, there are certain responsibilities which we as a citizen owe to the country and the people who fought for its freedom. Eight decades ago, people were ready to sacrifice their life so that their future generations could decide their future with no white-men dictating terms on them. Let us not take for granted the freedom we enjoyed today. We have been given freedom from foreign rulers. It is time for us to continue our flights for other freedoms. All of us, as an individual, society, and state has a role to play.

As the Tri-colour is unfurled today, may those ideals and dreams that our freedom fighters fought for, be revived and may their idea of freedom, which is - in the words of Rabindranath Tagore, ‘where the mind is without fear and the head is held high,’ be realized. Happy Independence Day to all!