Vounteers of Ningol Club conducted a poster campaign in Heirok part II Mayai Leikai on Saturday demanding the case be handed over to CBI. 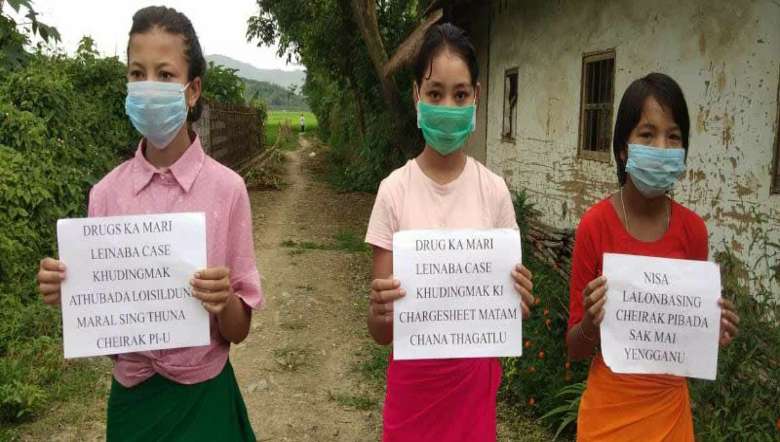 Demanding that the case of Lhukhosei Zou be handed over to CBI, volunteers of Ningol Club conducted a poster campaign in Heirok part II Mayai Leikai on Saturday.

The campaign began from August 2 and has been continuing, stated a release issued by secretary information and publicity, Sushma Ningthoujam.

The release urged the authority concerned to take necessary steps against issues related to anti-social elements by punishing the culprits. The local club urged the state government to handover the case of Zou to CBI immediately, it stated.

The volunteers took part in the poster campaign by holding placards  which read, ‘handover the case of Lhukhosei Zou to CBI’, ‘drug kingpin should be given capital punishment’, ‘separate law should be enacted so that culprits cannot be freed under bail’, ‘culprits must be punished, without favouritism’ and others, it added.