The intention here is not to be mistaken for advocating a rigid solution but rather exploring the possibilities to ensure that the whole purpose of reservation is not defeated as is possible in the present system. 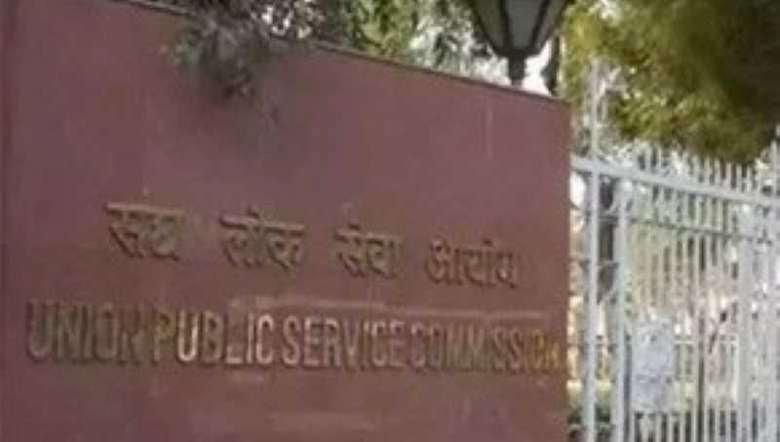 The recently declared UPSC 2019 results have seen a particular ST community outside the North-Eastern region grabbing nearly 40 per cent of the total ST seats reserved. This is not the first instance and not the only type of examinations dominated by the said particular community; SSC, IBPS, and Railways--the largest recruiter for Government and Public sector enterprises--too have similar pictures. The founding fathers of the Indian Constitution having felt the genuine need for an idea of equality in terms of employment and opportunities apart from politics had envisaged in the Constitution the provision for the state to reserve seats for certain sections of the society who were underprivileged, backward and cut out from social, political and economic developments not just under the British Raj but for centuries altogether. While many argued that the idea of positive discrimination is against equality, it is in practice an initiative to ensure equality on a larger perspective.

The idea of the importance of representation in legislation has among many--a geographically earmarked constituency and as such has met its intended purpose. However, in the case of job opportunities, there is a systematic flaw; it does not guarantee equitable opportunities to all as more backward communities in the STs are yet to taste the fruit of reservation.

The number of successful ST candidates from North East India in the UPSC exam 2019 is just 4 candidates with three states having predominant tribal population securing nil; Meghalaya, Arunachal Pradesh, and Mizoram. While Nagaland and Tripura are contented with one successful candidate each,  Manipur -where 40 per cent of the state population belongs to ST, have zero successful ST candidate. The sum of all the Tribal communities from NE India clearing UPSC exam 2019   is less than 20 per cent of those qualified candidates from a single Tribal community outside NE- The Meenas. Since long, the said community has occupied the majority share of Tribal vacancies in various recruitment process. Nevertheless, it is not the particular community’s fault; the system has inherent flaws, if we are to consider that the affirmative action in recruitment is intended in true spirit to uplift the tribal community as a whole.

The promise for equality enshrined in Article 15 and 16 of the Indian Constitution, which is the basis that allows the government to formulate a system that ensures that the socially, historically and currently underprivileged groups are represented well in politics, jobs, and education cannot be said to be successful without NE tribals represented adequately in the system. The argument is all the more valid when one considers the criteria to which a community can be listed in ST and the instances of which there have been periodical addition of communities in the scheduled list while the size of the piece of cake to be shared remains the same. Graver is the situation when one considers a situation where a more advantageous community is added to the scheduled Tribe list; as then, many backward tribal communities will find it tougher to avail the opportunity, thereby defeating the whole purpose of reservation itself. That seems to be the case at present.

Already the people of Northeast India, especially the tribals have faced innumerable social stigmas even after 70 years of Independence. Development is still a far cry in most areas where things as basic as education, housing, electricity, and all-weather roads are yet to make its mark. While representation in legislation exists, the lack of NE tribals in the top executive echelon, where policies are drafted could be one factor for the region to be alienated from the showers of development India is supposedly drenched with.

Some people have mooted the idea of introducing creamy layers among the STs in the same manner and fashion as done among the OBCs. The move, while it may be feasible for mainland tribals, who have communities with many generations of advancement, upliftment and development initiatives, will not be feasible among NE tribals as most of those individuals to be categorized as creamy layers are first-generation achievers. For the 1st generation individuals of NE STs that could be classified as creamy layer, their responsibilities are huge and their dependents are vast- sometimes a whole village. If their ward(s) are excluded from the opportunity of availing ST reservation, the odds of that family returning to the same situation where their parents first begin- all in a span of one generation, is imminently high. It is therefore not advisable to cream them out at least for now.

Amid the trending discussion on the performance of NE tribals in UPSC exams, some voices opined that it is efforts that matter and that it is the lack of efforts among NE tribal candidates that eventually have resulted in their dismal performances. The argument might partially hold for many non-serious contenders. However, that does not justify the underlying concerns why irrespective of rendering in their 100 per cent, many people from the underprivileged ST communities will never match when they are judged with the same yardstick as those in a better position since the past many generations. Arguments like this have failed to consider the conditions of how tribals were subjugated for centuries; most importantly, it is an indirect justification to do away with reservation altogether, ignoring the fundamental cause and concerns which first necessitated an affirmative action of equality.

The percentage of opportunity

In the same way, 7.5 per cent of vacancies are reserved for the scheduled tribes, at least 20 per cent of those ST seats should be reserved for the NE STs. This will ensure at the least, that the benefits of reservation are not reaped by a single affluent community - all in the name of Scheduled Tribes, of which the NE tribals have been the marginalized lots. The intention here is not to be mistaken for advocating a rigid solution but rather exploring the possibilities to ensure that the whole purpose of reservation is not defeated as is possible in the present system.

Reservation within reservation seems to be the only ideal option to ensure that our goal of uplifting the tribal people is achieved in a holistic manner. The present system rather presents a picture of the mere fulfillment of a statute i.e the existence of a scheme for the upliftment of tribal people by way of providing special opportunity in jobs and recruitment. Serious concerns like the unmistakable disproportionate division of shares, where the majority of it is benefited by only a section or a particular community have been overlooked by our policy-makers as well as those implementing it.

Reservation is a magnificent tool to draw the gap, which is only widening, between the tribal people and other general communities. If we truly believe in our commitment to uplift the tribal people, the reservation policy for STs with regards to NE tribals calls for a relook.