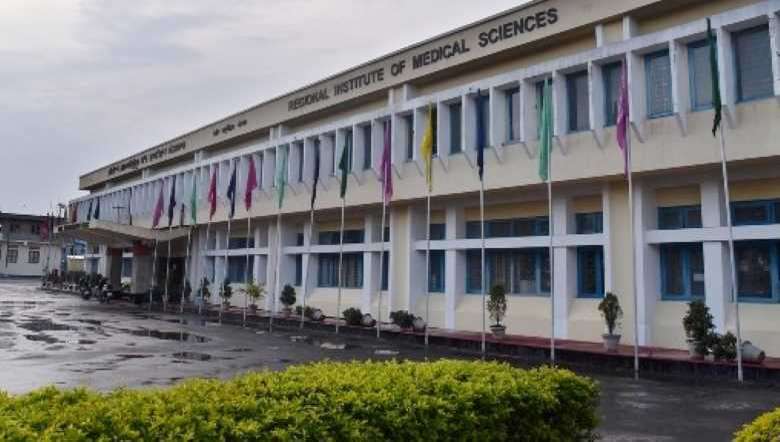 Manipur's COVID-19 death toll rose to eight on Thursday as a 15-year-old boy from Bishnupur district died at the Regional Institute of Medical Sciences (RIMS), while the state's positive tally rose to 3,217 cases.

The COVID-19 victim from Phubala Makha Leikai in Bishnupur reportedly suffered from kidney failure and succumbed to the disease at the Regional Institute of Medical Sciences (RIMS) Covid care ward in Imphal on Thursday morning, official sources said.

The boy was reportedly undergoing treatment since last two months at RIMS due to failure of both his kidneys. When the doctor attending to the boy was tested COVID-19 positive, the boy along with his two attendants also tested positive. One of the family members, who was tested positive before, tested negative in a recent test, the sources said.

It stated that of the 115 COVID-19 positive general cases, 38 are from Imphal West, 35 from Thoubal, six from Kakching, seven from Churachandpur, 10 from Imphal East, four from Kamjong, three from and Bishnupur, and 12 from Kangpokpi,

Twenty-one out of 115 general positive cases are returnees from other parts of the country, while 94 of them are locals without any significant travel history, the release stated.

All the new patients are being shifted to Covid care facilities in the state, and all necessary medical precautionary measures like containment and contact tracing are in place, the Additional Director and the spokesperson for the state Health Department Dr Khoirom Sasheekumar Mangang stated in the release.

It may be recalled that Manipur reported its first COVID-19 related death case on July 29, as a 56-year-old patient from Khongjom, Thoubal district succumbed to the disease at the RIMS Covid Care Centre. He was reportedly admitted to RIMS on May 5 as he was suffering from multiple ailments, including chronic kidney disease and diabetes and he had multiple sessions of dialysis. On July 26, he was found positive for COVID-19, the hospital said.