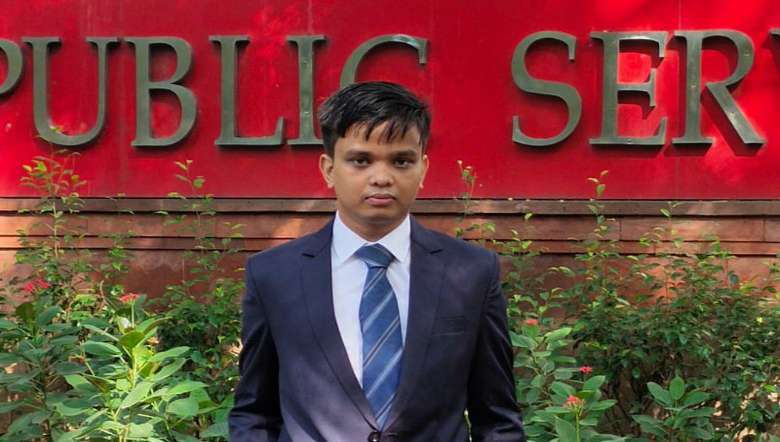 Bringing positive news amid the COVID-19 scare gripping across the state, Mohammad Ali Akram Shah from Manipur cleared Civil Services Examination, 2019 conducted by Union Public Services Commission (UPSC) by securing the 188 rank. He is the first NIT Manipur graduate to clear the examination.

The 26-year-old, hailing from Khergao Nongjai Leikai, Kshetrigao, Imphal East district, is the son of (L) Ali Azhar Shah and Safina Begum. He is the youngest among four brothers and two sisters. His father passed away when he was about 6-years-old.

His mother Safina Begum said, “My youngest son's success is one of the happiest moments in my life.” He has spent around 3-4 years in preparation for UPSC examination in Delhi. A mother's fear of seeing her son unable to achieve his dreams are now gone, she said.

In an interaction with the Imphal Free Press through a video call, Akram said he expected to secure a place under 300 positions. He said he was thrilled when his roommate broke the news of him passing the UPSC examination.

He cleared the examination in his third attempt.

From 2016 after completing B.Tech, he started preparing for UPSC to fulfil his passion of becoming an IAS officer. He took up sociology as an optional subject since he started giving the examination. In 2016 and 2017, he cleared prelims examination but could not clear the mains examination.

He joined ALS Coaching centre, New Delhi for preparation from 2016 but for UPSC 2019, he started full preparation of mains from the month of August 2019. After clearing mains examination, he had to wait for four months to give his interview due to COVID-19 lockdown. For the interview, he prepared with his friend circles by sharing general knowledge etc.

Akram left B.Tech engineering to follow his passion and wanted to pursue a profession which would be suitable with him as a civil servant officer. With a B.Tech degree, he could pursue his career as a software engineer in one path but with UPSC, he can get diverse opportunities, Akram said.

“UPSC preparation requires a level of maturity; the examination basically is for someone who is in college or those who have passed out. There is no need to prepare for the examination from childhood,” Akram said. He started preparation after completing his graduation.

"If I get a post in my home state Manipur, then I will focus on education, law and order, health care infrastructure. I will make these services available to the public on affordable and easily accessible means", Akram said.

He was in constant touch with previous passed out UPSC officers of Manipur during his preparation.

"Yes, giving the examination to become an IAS is very competitive though it is not impossible to achieve success, one must be consistent," Akram said. One should be honest, hard working, dedicated and must believe in oneself to become successful.

As per sources, a total number of seven persons from Northeast India were among the successful candidates who have been selected for various Civil Services, including Indian Administrative Service (IAS), IFS, IPS. Through the 2019 edition of the examination, a total number of 829 candidates have been selected for various posts.

Altogether 304 out of 829 qualified are from the general category, 78 from EWS, 251 from OBC, 129 from SC and 67 from ST category. Additionally the results of 11 candidates have been withheld. UPSC has also maintained a consolidation reserve list of 182.

The final result was declared by UPSC based on the result of the written examination which was conducted in September 2019 and the interviews for personality test held between February and to August this year
First Published:Aug. 5, 2020, 12:37 p.m.
Tags: