The meeting was attended by 29 members of the BJP-led coalition, including NPP, NPF, TMC legislator from Thanga MLA Tongbram Robindro and independent MLA Asabuddin from Jiribam 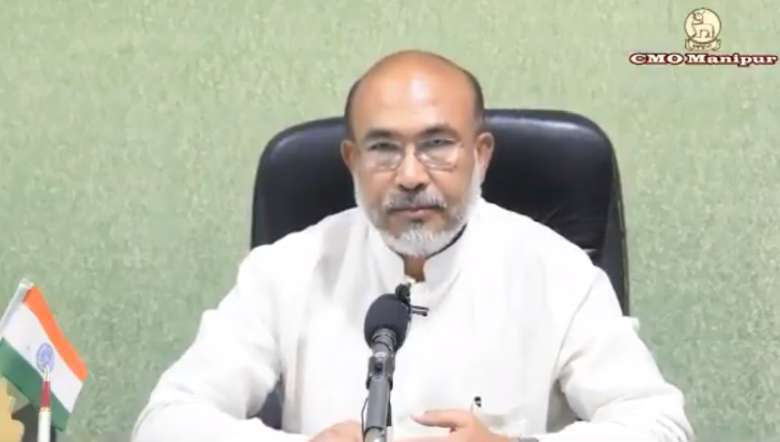 In the wake of a no-confidence motion filed by Congress legislators in the Manipur Assembly session beginning August 10, Chief Minister N Biren Singh held a meeting of all ruling MLAs in the coalition on Wednesday at 5 pm, at the Cabinet Hall of Chief Minister’s Secretariat.

The meeting was attended by 29 members of the BJP-led coalition, including NPP, NPF, TMC legislator from Thanga MLA Tongbram Robindro and independent MLA Asabuddin from Jiribam, according to reliable sources.

The Congress party Tuesday filed a petition to the Secretary of the Manipur Legislative Assembly seeking to move a no-confidence motion against the N Biren Singh-led BJP government.

The petition seeking the no-trust motion was submitted against the failure of the government to hand over the seizure of huge quantity of drugs from the alleged possession of Lhukhosei Zou who was then the chairman of the Chandel ADC to the CBI.

The move has been initiated as the BJP-led government has failed to hand over the drug seizure case to the CBI, a demand which the Congress has been putting up since the last two years, the Congress MLA added.

Alleging attempts to interfere in the case which is underway in the Court of law, the Congress MLA said that a high ranking office bearer of the state BJP has been accused of trying to influence the prosecution. Even some newspapers which had published the affidavit spelt out the attempts made to influence the case have been hauled up, the MLA said.

The attempt to influence the case was clearly spelt out by the then Additional SP of NAB, Th Brinda in her counter affidavit in which she has named some high profile leaders of the BJP, further alleged the MLA.

Meghachandra also said that the motion was moved to save the future generation, nail drug barons and those supporting the nefarious drug trade. He also expressed confidence that other political parties too will extend support to the no trust motion moved by the Congress.

Today’s meeting was significant in the backdrop of the revolt of party legislator and minister Th Bishwajit against the leadership of N Biren Singh and the recent visit of Central Observers in the state.

It may be recalled that BJP National vice president Jay Panda and former Minister Manoj Sinha had visited the state recently.

However, it is learned that Chief Minister N Biren Singh has been given the go ahead of reshuffling his ministry as per the desire of the party MLAs by the party high command.

The four BJP MLAs who were absent in today’s meeting is crucial to the government’s existence as they are being confined in a separate camp by the dissidents, the sources add.

The sources further say, efforts to float Speaker Y Khemchand as a possible candidate for the chief minister’s post find no takers as the party command seems content with the present leadership for the rest of the term.