The Congress MLAs led by Th Lokeshwar Singh and K Meghachandra among others submitted the written petition to the secretary Manipur Legislative Assembly. 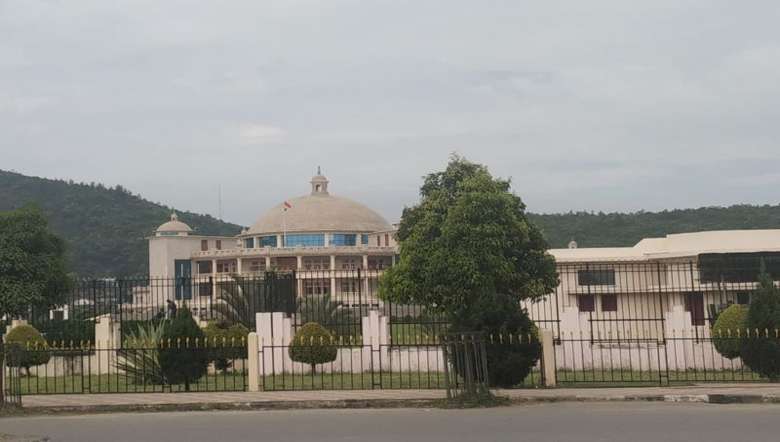 “The speaker must give us the opportunity to address our grievances in the upcoming Assembly session for it is our fundamental right. Moreover, we also firmly believe that some of the political parties in the minority will support the motion in the interest of the state,” said Congress MLA Meghachandra.

Congress MLAs led by Th Lokeshwar Singh and K Meghachandra among others submitted the written petition to the secretary Manipur Legislative Assembly.

Meghachandra said the no-confidence motion was moved against the council of ministers led by Chief Minister N Biren Singh following the failure of the state to materialize the demand of the Congress party to hand over the high profile drug seizure case involving a former BJP leader Lhukhosei Zou.

“We have been demanding the government to hand over the high profile case to CBI for the last two years. But, our demands it seems, have been fallen on deaf ears,” said Meghachandra.

However, the drug seizure case today is now in a soup with interference from all high profile individuals, ranging from a handful of BJP leaders and top police officers, he said.

“The high profile people not only interfered in the investigation of the case but also into the judiciary system of the state which is a cause of concerned for all,” MLA Meghachandra added.

The Congress MLA also said that whistle blower of Manipur Police, Th Brinda is caught in the line of fire for revealing the truth about the nexus between the drug lord and some of the high profile individuals in the government. He said that the Congress government will stand by her and the truth in the interest of the youths.

“The present government will continue to attack those who speak the truth, including Brinda, the media of Manipur which is very unfortunate. I appealed to all of them to be very careful,” said Meghachandra.

Lhukhosei Zou, who is the then chairman of Autonomous District Council (ADC) Chandel district, was arrested by the Narcotic police in 2018 from his official quarter, Imphal with 4.6 kg of Heroin powder and other banned substances worth around Rs 28 crore in the international market.

The drugs seizure case was marred with controversy after an additional SP of the Narcotic police, Th Brinda, who led the operation leading to the arrest of Zou, alleged that politicians, including one of the close acquaintances of Manipur CM and top police officers, interfered with the case in favour of the accused.

“We hope that the Manipur Legislative Assembly Speaker will give us an opportunity in the interest of the people,” said Meghachandra.

The motion was moved three days after Manipur Governor Najma Heptulla summoned the 11th session of the Manipur Legislative Assembly due to be held on August 10.