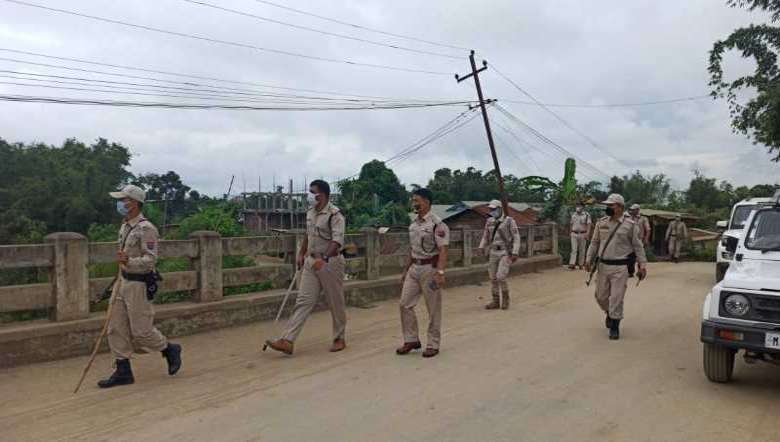 Thoubal police patrolling at Moijing, Khekman, Leishangthem, Thoudam and other parts of the district, enforcing strict lockdown and curfew.

Thoubal Police under the supervision of Superintendent of Police S Ibomcha has strengthened the lockdown and curfew in the district to prevent further spread of COVID-19 in the area.

It may be mentioned that district administration Thoubal and district police Thoubal had jointly started a mass anti-liquor drive in the district from Saturday as a part of containment measures to combat the pandemic.

Meanwhile, DC Thoubal has lifted containment measures from the Lilong Haoreibi College Boys Hostel (first floor) on Sunday after following due protocol for containment and testing for the inmates.

Thoubal Sabal Tongba Mayai leikai of Thoubal district had been declared as a containment zone after one resident from the said area was tested positive. An order has been issued by the deputy commissioner, Thoubal on Sunday.