The UBI Tamenglong branch is using a v-set separate internet from public broadband. 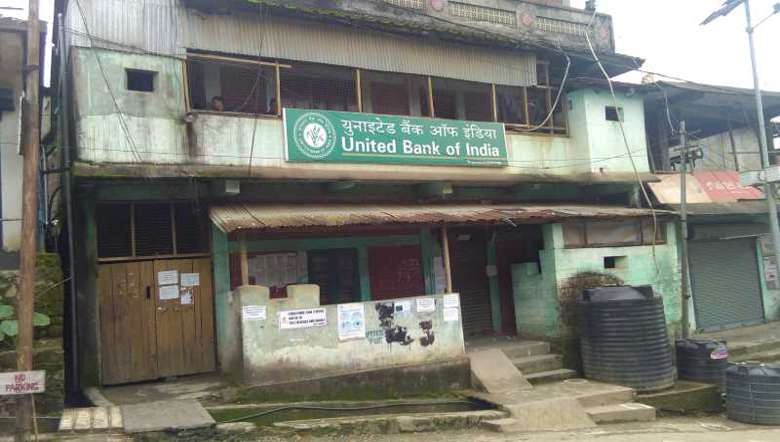 The United Bank of India (UBI) in Tamenglong district HQ bazaar branch, the only bank which has a currency chest in the district, has been closed down for a week.

The reason for closing of the bank was breakdown in internet connectivity. The UBI Tamenglong branch is using a v-set separate internet from public broadband.

One bank customer who chose not disclose his identity said it is unfortunate that the bank was closed for so many days. He said that he came from his village with a heavy expenditure to withdraw some cash and to do corrections on a bank account.

"I have waited for two days, spending extra money despite the busy schedule at home. However, the bank officials said, 'there is no network', I have no option left except to go back to the village without any work done,” he said.

When contacted, the bank officials stated that the problem is a network issue. Both BSNL and v-sat are out of function and the technicians could not reach on time due to the lockdown, they said.

While urging all their esteemed customers to bear with the inconvenience, the official said that the bank would arrange an expert for fixing the issue by Monday.

In the meantime, Tamenglong ADC member Pr Guisinang said that closing the bank for a week is too much during the time of pandemic. Banks and ATM booths should be opened regularly. He also urged all the authorities concerned to restore and open the bank at the earliest.