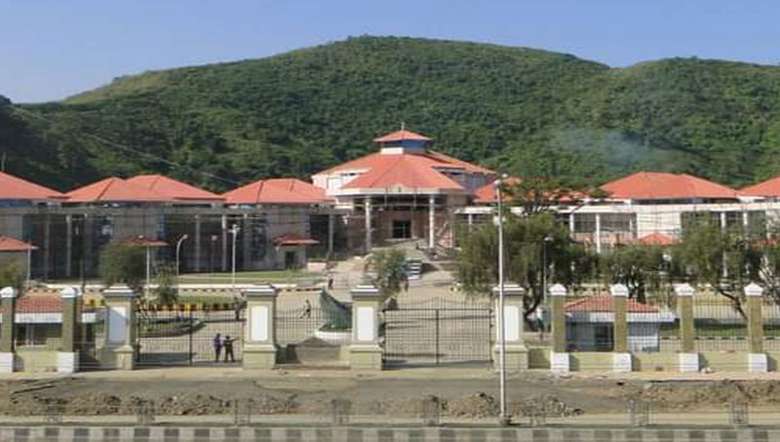 The Manipur High Court has directed the Churachandpur Superintendent of Police to take steps to issue ‘Red Corner Notice’ to a rape convict and proclaimed absconder, Timothy Lalhmunmawi Changsan, and report without fail on the next hearing scheduled on August 4.

The HC directive followed the notification of the government of India for issuance of ‘Red Corner Notice’ for locating fugitive convicts.

Timothy was charged with raping 14 minor girls for over two years since 2012 at a children home run by the convict. The incident came to light in February 2015 after a minor girl, inmate of the home, lodged a complaint with the police. However, on May 27, 2015 the convict was reportedly granted bail by a POCSO court.

On the day of sentence hearing, the additional public prosecutor submitted that the convict left Imphal for Guwahati on April 28, 2019, two days before the hearing, by Air Asia flight number 784 and the footage of the CCTV camera of the departure lounge at Imphal Airport was produced before the court wherein the convict could be seen inside the airport.

The Sessions Judge had also, at that time, directed the DGP Manipur Police and SP Churachandpur district to issue non-bailable arrest warrants.

A division Bench, High Court of Manipur directed trial Special Judge POCSO Imphal West to issue a fresh proclamation in term of section 82 of CrPC and also directed the OC of Women Police, Churachandpur to appear before the Court and take the copy order so as to publish it in the newspapers and to proceed further in accordance with the law if the proclamation order is not obeyed by the convict.

During the hearing, S Samarjit, CGC appearing for the Passport Authority of India, stated that passport of the convict Timothy L Changsan had been impounded by an order of the Ministry of External Affairs Regional Passport Office Guwahati dated August 21 last year.

On the other hand, the ASG produced a copy of letter sent by under secretary (Extradition) Ministry of External Affair Dr B Sriram dated October 25 last year, mentioning that the investigating authorities may request NCB, CBI, Interpol, New Delhi for a ‘Red Corner Notice’ to locate the fugitive.

The Division Bench, in view of the submission, directed the OC of Women PS, Churachandpur, to inform the NCB, CBI, Interpol, and New Delhi for issuance of a ‘Red Corner Notice to locate the fugitive/convict and to send the details of the case to the authority concerned for immediate action.
The court also directed the investigating authorities to submit a formal extradition request to the Ministry of External Affairs to take necessary follow up action.

Seeking a reply from concerning compliance of the Court order by the OC Women PS Churachandpur on March 14 without fail, the Court further directed SP Churachandpur to monitor the progress and also instructed the DGP Manipur Police to arrange for publishing all the necessary details of the fugitive in all the North Eastern States.