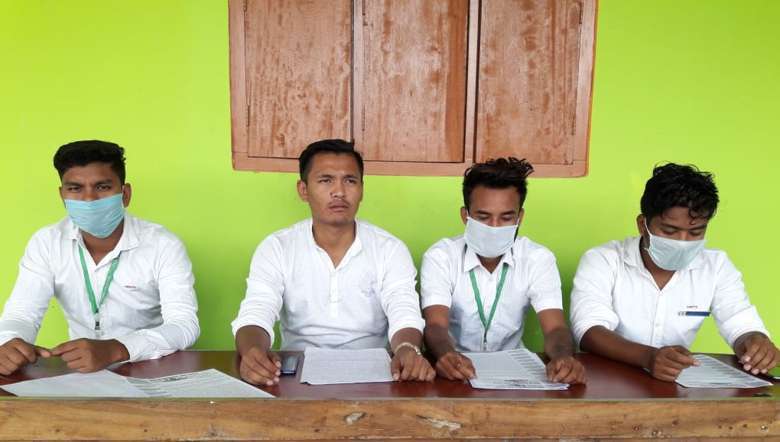 The student union of Lilong Haoreibi College has made a series of charges against the acting principal of the college A Surendrajit and demanded the authorities to take action.

Sadam said that  Surendrajit  joined as the principal of that college in April, 2018 after he had been suspended from Hill College,Tadubi.

“Has the government appointed Surendrajit as principal of Lilong Haoreibi College to back up his dues?" asked Sadam.

The principal was also being charged for mishandling a large amount collected from teaching and non-teaching staff of the college meant for CM COVID 19 relief fund donation, he stated.

Sadam charged that the principal had sanctioned Rs 2,04,644 from the college fund meant for CM Covid relief fund while he had taken the collected amount for the same.

Sadam called upon the government to look into the matter as soon as possible and demanded that befitting punishment should be given to the principal, "otherwise several forms of unwanted agitation may take place". The government should be held responsible for any untoward incident, he added.