The association held an online meeting on Tuesday and Wednesday where it was resolved to continue the agitations until the orders of 7th UGC pay and regulation, 2018 is issued. 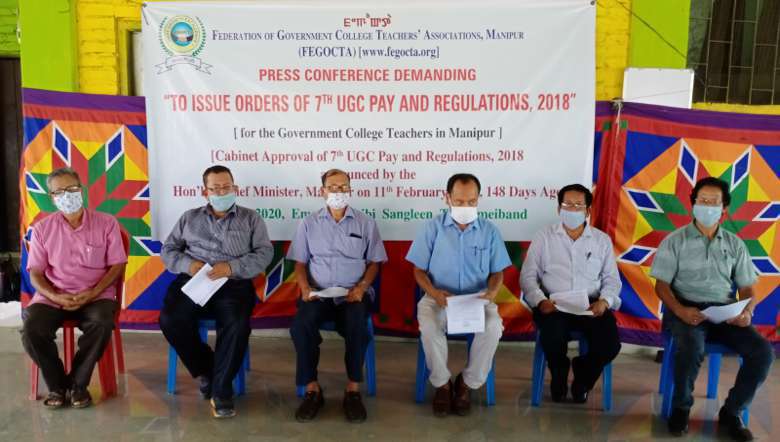 The Federation of Government College Teachers’ Association, Manipur (FEGOCTA) on Thursday stated that the organisation will intensify its agitation as the government failed to act on the implementation of 7th UGC pay and regulations, 2018.

A release stated that the association held an online meeting on Tuesday and Wednesday where it was resolved to continue the agitations until the orders of 7th UGC pay and regulation, 2018 is issued. Suspension of online classes, boycott admission and other academic activities will be continued, it stated.

MHRD issued the letters dated November 2, 2017 to all the chief secretaries, including the Manipur government to implement the same for the college teachers, it stated. There seems to be a lack of sincerity and commitment by the government on National policy of UGC as no order has been issued even after 155 days of cabinet approval, it added.

FEGOCTA has written to central leaders, including the prime minister to intervene and ensure implementation of the national policy of the nation, it stated. It appealed to the government to issue the order of approval at the earliest. The government shall bear the responsibility if any disturbance in admission and academic activities in the college happens, it added.