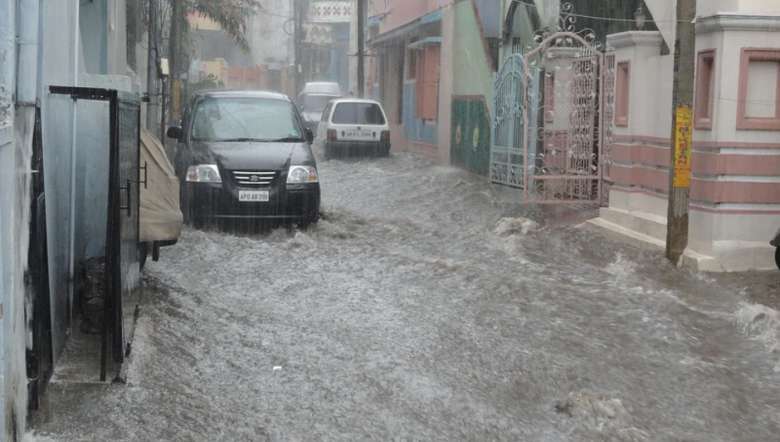 There seems to be no end to the woes of the people of the plain belt of West Garo Hills in Meghalaya after the backdraft of the Brahmaputra River and its tributary, the Jinjiram, crossed danger levels leading to frenetic movement of people to get to safety.

Following a visit by the Deputy Commissioner (DC), Ram Singh to the affected areas, 7-days Gratuitous Relief (GR) has been announced by the administration. The DC further confirmed that a total of at least 16,400 households with a population of 89,000 have been affected by the current deluge.

“The situation is bad and three C&RD blocks (Tikrikilla, Demdema and Selsella) have been affected. The numbers are likely to go up further as water rise continues. The situation is being monitored,” said the DC on Tuesday.

The DC was joined in his visit by the Block Development Officers as well as the Superintendent of Police of the district, Dr MGR Kumar.

The situation has become such that locals feel that the worst is yet to even start.

“The water rise yesterday was alarming and the situation is very critical. We expect the levels to rise further as the back draft of the river is yet to peak. The water from the upper reaches of Assam will definitely come here,” said Nur Islam, a resident of Rajabala.

Most people in the low lying areas have already sought higher ground on the AMPT road in order to avoid loss to lives and to save their livestock from drowning.

As per latest reports, the blocks of Tikrikilla, Demdema and Selsella have seen a huge surge in water levels.

Meanwhile, Phulbari MLA, S G Esmatur Mominin has confirmed that he is moving to Phulbari to check on the situation first hand. He is expected to arrive in the area tomorrow.

“I have heard that the situation is turning bad and will be rushing to be with my people from the constituency. Hopefully the water will subside soon,” he said.

Many sections of the AMPT road were submerged along with various PWD roads across the region, with Selsella road to Tura being amongst the worst affected.

Locals stated that the nightmare for them is far from over as the water surge could continue for at least three to four more days as the water from the upper reaches of Assam continues draining through the Brahmaputra.

“The situation is likely to get worse before getting better. If it continues raining in Assam and locally, we are going to be in for a long haul. We hope things turn better for us,” said Phulbari resident, S R Sangma, whose house has been partially submerged in the deluge.