War on Drugs in Manipur: No party, friend or relative will be spared, says CM 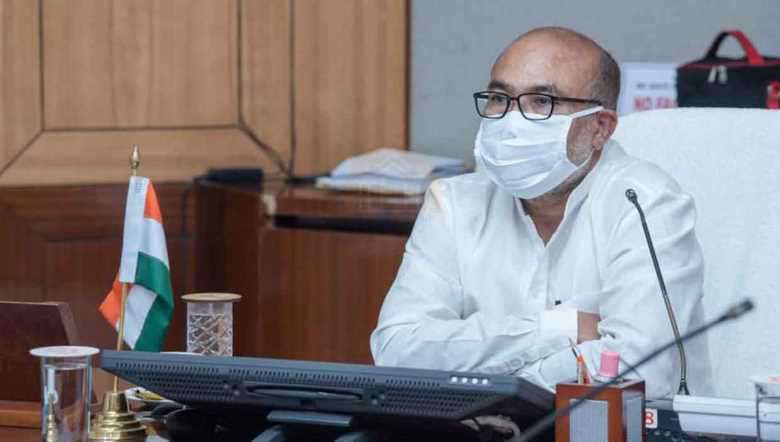 Chief Minister N Biren on Tuesday stated that it would not be legally proper to comment on the allegations raised by MPS Th Brinda on her affidavit submitted in the Manipur High Court as the matter is subjudice in court, but the state government's war on drugs campaign will continue and no party involved whether friend or relative would be spared in the campaign under the present BJP regime in the state.

It is known to all that no person can interfere in any judicial proceedings or court cases as law takes its own course to meet the ends of justice, said N Biren while speaking to the media on the sidelines of the distribution of subsidy grants under Idea stage Start Up to 146 beneficiaries for the Manipur Start Up round II at CM’s secretariat, Babupara, Imphal.

In a similar note, the Manipur Police department clarified that there has been no pressure from any quarters to the investigating officers of case FIR No 43(6)2018 NAB-PS U/S22(b)22(c)21(c)/25/29/60(3) ND&PS act and 27 Arms Act in which former ADC chairman Chandel Lhukhosei Zou was arrested.

After thorough investigation, the charge sheet of the case was submitted as laid down under the provision of law on October 6, 2018,  said a release issued by public relations officer Police department W Basu Singh.

The clarification is issued apropos the news articles published under the headlines, ‘MPS Brinda files affidavit in the HC as directed’ published by ‘Imphal Free Press’ and ‘Brinda exposes high profile persons nexus with Drug Kingpin Lhukhosei, says CM strongly pressurized her to release the drug kingpin’ published by ‘The Morning Bell’ on Tuesday, it said.

The allegations leveled by Th Brinda as published in some local dailies are totally baseless and intended to malign the image of the officers whose names have been mentioned in the newspaper publications of July 14, it said. Timely submission of the charge sheet and other legal action taken up in the course of investigation of the case were only possible through the professional and dedicated approach adopted by the Manipur Police department, it further said.

The Manipur Police department has been working sincerely and relentlessly in the ongoing war against drugs, the release stated. The department, right from the time of arrest of accused persons of the above mentioned case till the submission of charge sheet has been taking up all requisite legal action to ensure that all the involved accused persons are booked in accordance with the law, it said.

Manipur police will continue to fight against the menace of drugs in the state sincerely, it added.