Allegations made by Subhaschandra is contempt of house: O Joy

Veteran politician Okram Joy Singh alleged that the police personnel in Manipur are working only to fulfill the needs of the present government and there are many such instances in the state. 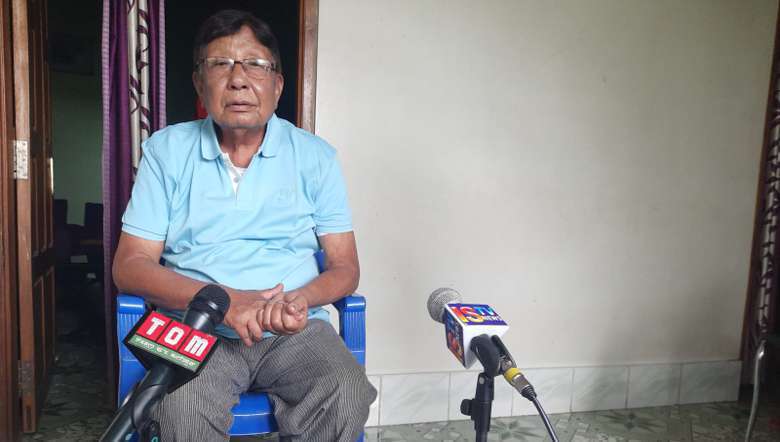 Veteran politician Okram Joy Singh on Saturday said that the allegations made by former MLA Naoriya Pakhanglakpa assembly constituency S Subhaschandra against some MLAs is a breach of privilege of the MLAs and contempt of the house.

Joy said that the MLAs can raise a privilege motion in the house if they are interested.

Quoting Practice & Procedure of Parliament, page number 293, Joy said, “It is a breach of privilege and contempt of the House to make speeches, or to print or publish any libels, reflecting on the character or proceedings of the house of its committees, or any member of the house for or relating to his character or conduct as a member of Parliament”.

Joy made the statement while he was speaking to the media at his residence, Kakwa. The allegations made by Subhaschandra against the MLAs by lodging an FIR at Patsoi police station will amount to a clear case of breach of privileges of the MLAs and contempt of the house.

He also questioned why the office in charge of Patsoi Police Station failed to give a report to the MLAs and magistrate concerned that such a case has been filed by Subhaschandra. Joy further alleged that the police personnel in the state are working only to fulfill the needs of the present government and there are many such instances in the state.

On Friday, former chief minister of Manipur said that Subhaschandra joined the Congress party on his own will and not under the influence of the state Congress party.

Ibobi said Subhaschandra alleged that he was forced to resign from primary membership of the Bharatiya Janata Party (BJP) and his MLA post. In the FIR lodged at Patsoi police station by Subhaschandra, it has been mentioned that he was threatened by state Congress MLA Th Lokeshor and K Meghachandra, Ibobi said.