Ningombam was named the officiating president of Hockey India in an Executive Board meeting held on Friday. 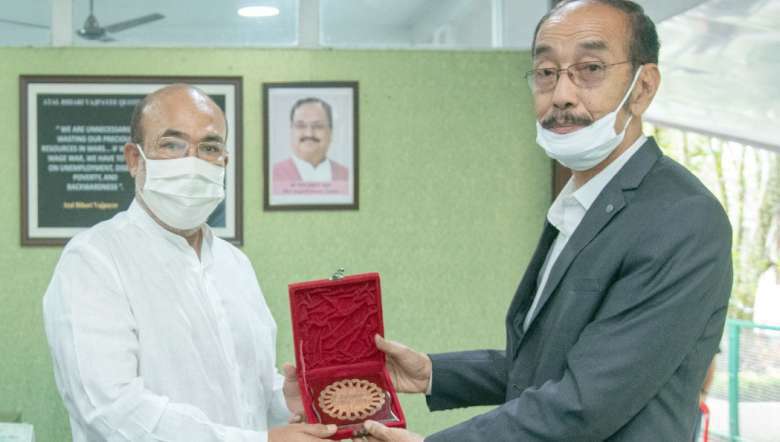 Manipur Chief Minister N Biren Singh on Saturday congratulated Gyanendro Ningombam on being named as the new  officiating president of Hockey India and said that it was a matter of pride for Manipur.

"Congratulations Shri. Gyanendro Ningombam, on being named as the new officiating President of Hockey India. It is a matter of great pride for Manipur and I believe Indian hockey will be taken to greater heights under your Presidency," CM Biren said in a Facebook post.

“Ningombam has for several years been associated with Manipur Hockey and has been instrumental in supporting talented players and the development of the sport at the grassroots level,” Hockey India stated.

Ningombam earlier served Manipur Hockey as its Chief Executive Officer from 2009 to 2014 pursuant to which he was elected as Vice President of Manipur Hockey from 2014 – 2018.