The ones who use tinted glasses for their vested interest will be punished under violation of Motor Vehicle Act, says superintendent of police, Imphal West K Meghachandra 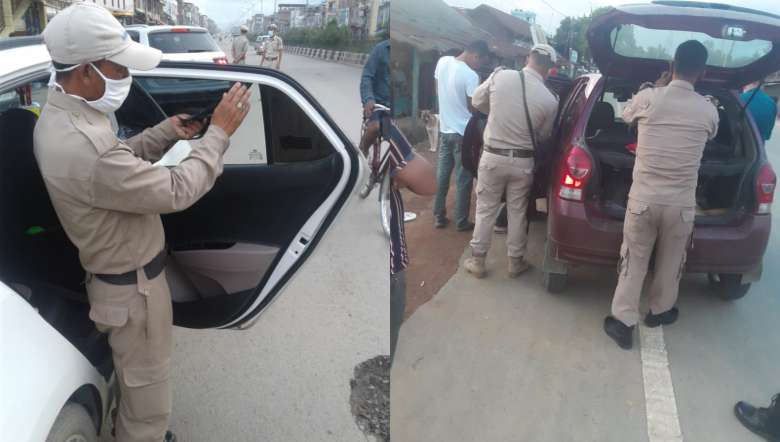 Manipur police on Thursday started a drive against the use of illegal tinted films on windows shields of vehicles as security measures to prevent crime and other unwanted incidents from occurring in the state, and said that those using tinted films will be punished.

“Other than the exempted categories of persons who may receive personal threats, no one is allowed to use tinted glasses. The ones who use tinted glasses for their vested interest will be punished under violation of Motor Vehicle Act,” says superintendent of police, Imphal West K Meghachandra over the phone to the Imphal Free Press.

The SP said most of the crimes which have been taking place in the state are carried out behind tinted glasses. To prevent such crimes from happening, the drive for removal of tinted glasses has begun. He said that the drive is conducted at most of the districts by the respective district police.

The initial stage of the drive will be carried out in such a way that the public is given awareness on the illegal aspects of using tinted glass, he said. In most of the Imphal West areas, tinted films were removed from vehicles and the people have been instructed that using tinted films on their vehicle windows is illegal, he added.

A similar drive was also conducted by traffic police in various parts of the city area.

Speaking to theIFP during an interaction, one Kesho from Keishamthong said “I am using tinted films to prevent myself from being exposed to sunlight. It makes me comfortable while driving during sunny days.”

He said similar drives were conducted before and still continuing but the results of their actions generally do not last. “So, I will not remove my tinted films as long as I can. If the police want strict rules against tinted films, then the government needs to ban selling of tinted films from the local market. As there are many shops selling them, I will put the tinted films whenever necessary though police may remove them when they get the opportunity.”

Kesho further said many people even the MLAs who are beyond the exempted categories are using tinted films. He urged the police personnel to remove the tinted films of those who claim to be high rank officials and added that the public will naturally follow suit.