The seized arms and ammunition etc. have been handed over to Singjamei Police Station for further investigations, Assam Rifles said. 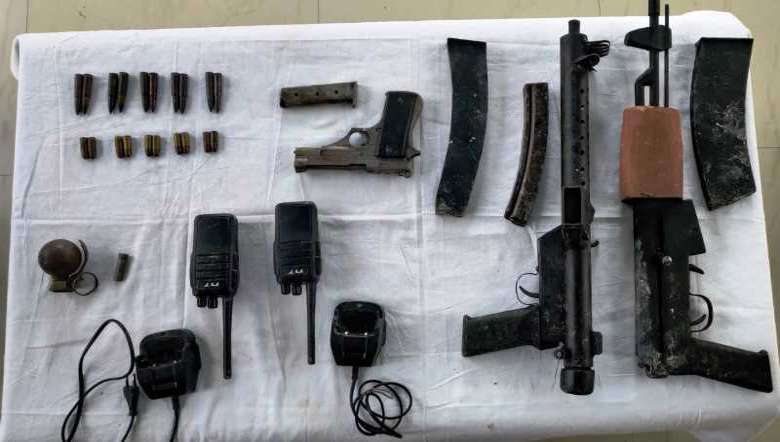 The Assam Rifles troops under the aegis of IGAR (South) seized a huge cache of arms and ammunition near Langthabal in Imphal West district of Manipur on Tuesday, said a press release by the IGAR (South).

Based on intelligence input, a joint team of the army and the state police launched a search in the area, it said.

During the search, the team seized two packages containing one country made AK Rifle, one point 32mm automatic pistol with magazine, one 9mm carbine with two magazines, one Chinese hand grenade, 20 live rounds of assorted ammunition and two hand-held radio sets, it said.

The seized arms and ammunition etc. have been handed over to Singjamei Police Station for further investigations, it added.