More than 500 floating huts were torched and burnt down in November 2011 by the officers from the LDA and the Manipur state police, ALLAFUM secretary Oinam Rajen said. 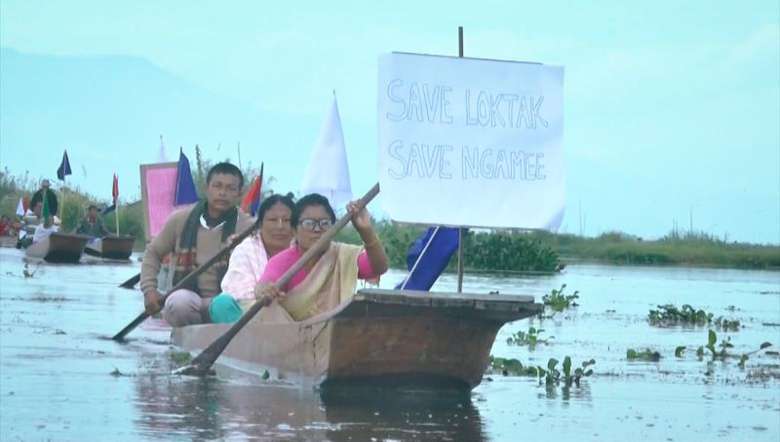 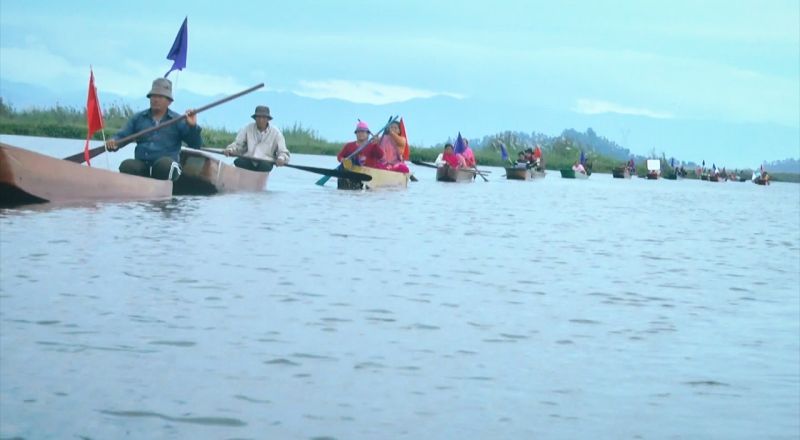 ALLAFUM secretary Oinam Rajen said that with the support of several civil groups, student bodies, NGOs, Human Rights Groups etc., they will be holding several events during the period of November, 15-23.

The reason they still continue to remember those days of eviction is because the system has not changed; the laws remain the same despite numerous appeals and the LDA continues to be a threat to the fishing villages of Loktak, he said.  “We call upon other like-minded groups, organisations and individuals to support and uphold the fishing community of Loktak,” he said.

Rajen remembered that from November 15, 2011, the state government started burning down floating huts or Khangpokshang, built over Phumdis of the fishing families who had been living in Loktak wetlands area.

The LDA issued an eviction notice on November 11, 2011 to the residents of Khuman Yangbi, Nambul Machin and Karang Sabal within the Loktak Lake. More than 500 floating huts were torched and burnt down in November 2011 by the officers from the LDA and the Manipur state police, he alleged.

He said that the burning of the floating huts took place under the controversial Loktak Lake (Protection) Act, 2006, in particular Section 19 and 20 of the Act, which divides the 236.21sq.km Loktak Lake into two zones - a core zone comprising 70.3 sq.km which is a ‘no development zone’, or ‘totally protected zone’, and a buffer zone of other areas of the lake excluding the core zone.  A vital aspect of this division is the prohibition on building huts or houses on Phumdis inside the lake, or ‘Athaphum’ fishing, a destructive form of fishing using vegetation enclosures in the core area. The implementation of the Act adversely affected over 10,000 people living in Phumdi huts as well as others dependent on the Lake, he mentioned.

Rajen said that the government of Manipur, through its LDA, has been blaming the indigenous peoples dwelling in Loktak Lake for polluting and contaminating the Lake. However, the impact of the Ithai Barrage of the Loktak Multipurpose Hydroelectric Project, commissioned in 1984, which led to a huge scale devastation of the Loktak Arson ecosystem; loss of indigenous plant and faunal species; disturbance of the wetlands' natural balance and cleansing system leading to an accumulation of pollutants in the lake, has been ignored and deliberately sidelined, he added.

He said that each household was offered Rs 40,000 as compensation before their huts were burned. However, most of the villagers rejected the offer as the amount was too meagre, and not able to compensate for their livelihood and survival needs. Moreover, there is no process to rehabilitate the affected villagers, and their right to free, prior and informed consent has not been complied with, he said.  Affected peoples on several occasions had been raising vehement opposition to the introduction of the controversial Loktak Protection Act, 2006, which they feared would break the age-old bond between the lake and its people, he continued. Indigenous peoples depending on the Loktak Lake for survival continue to demand the complete scrapping of the Act, he added. 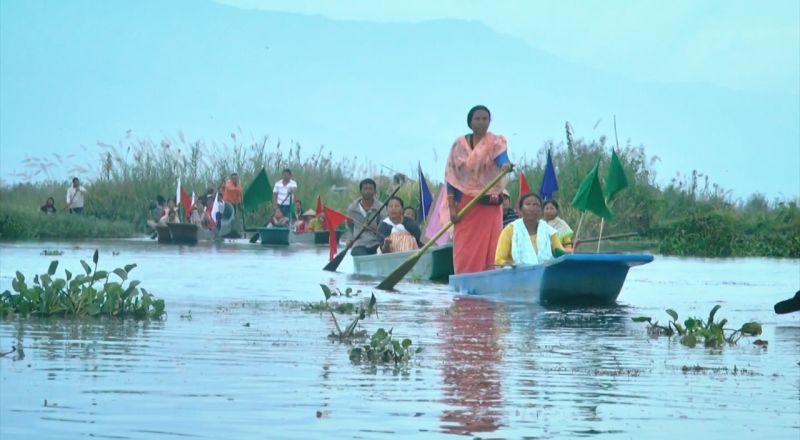 Indigenous Perspective convenor Ram Wangkheirakpak said that the burning of the floating huts and the destruction of livelihood of the indigenous people dwelling in Loktak Lake constitute a serious violation of the ‘right to life’, ‘right to adequate housing’ as guaranteed by the Constitution of India and the International Covenant on Civil and Political Rights and also the International Covenant on Economic, Social and Cultural Rights; both of which India is party to and has pledged to uphold and practice.

The failure to obtain consent of the affected communities also constitutes a serious form of discrimination targeting the marginalised communities and violates the UN Declaration on the Rights of Indigenous Peoples, 2007 and the UN Convention on the Elimination of all forms of Racial Discrimination, he said.

It has been 10 years since the LDA burnt down several phums, khangpok and floating huts of fishing families of Loktak. It was carried out by the then Congress government but then the current government led by BJP government is no different with the same draconian Loktak Protection Act 2006 and the same misused and unfitting LDA still at large, he said.

As the fight for justice continues, LDA continues to wait for an opportunity to burn and devastate the lives of the Loktak dwellers, to give away the lake to private investors, he alleged.

Events to be conducted during the week includes-Champu Khangpok Loktak Boat rally on November 15; Film shows and discussion with student unions at AIMS office, Kwakeithel on November 16; Film show at Sarik Konjil village, Pumlen Wetland area on November 17; programme at Loktak Folklore Museum on November 21; conference at Manipur University on November 22 and public meeting at Imphal on November 23, etc.