Save lives and ban glyphosate

Farmers were not all aware of the adverse impact of glyphosate on the soil and health of human beings. 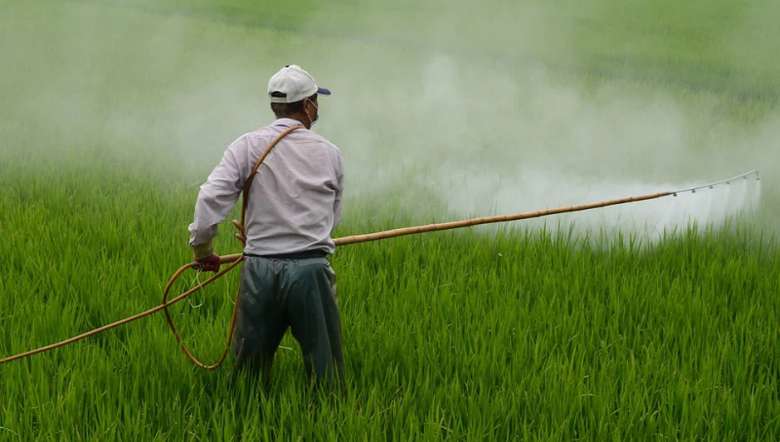 Glyphosate is a chemical most widely used as herbicide. According to a research paper published in the Food and Chemical Toxicology, Volume 59, September 2013, it is believed to be less toxic than other pesticides. The same paper however says that several recent studies showed its potential adverse health effects to humans as it may be an endocrine disruptor. Another study published in the journal Science of The Total Environment, Volumes 616–617, March 2018 says that the herbicide glyphosate has been globally used extensively in the past 40 years, under the assumption that side effects were minimal. However, in recent years, concerns have increased worldwide about the potential wide-ranging direct and indirect health effects of the large scale use of glyphosate. In 2015, the World Health Organization reclassified glyphosate as probably carcinogenic to humans, said the study. The paper says that independent research is needed to revisit the tolerance thresholds for glyphosate residues in water, food and animal feed taking all possible health risks into account.

Keeping in view the dangers posed by any herbicide/weedicide, Imphal Free Press(IFP) researched and filed a report which is hugely relevant for Manipur. The report said that the use of Roundup, the brand name of a systemic, broad-spectrum glyphosate-based herbicide/weedicide, is widespread in the state of Manipur and is rampantly used by state farmers. This has now posed numerous health hazards and related issues. The report reminded that in February 2019, Kerala government banned the sale, distribution, and use of glyphosate and other products that contain glyphosate and informed that a ban on sales of glyphosate is currently in force in Punjab, Telangana (with restrictions), and Andhra Pradesh. However, in Manipur, farmers have been continuously using glyphosate-based weedicide with no restrictions. When IFP traveled to valley and hill districts of the state, it was evident that not only glyphosate but also other harmful weedicides and pesticides were being used regularly by farmers. The farmers think that without the use of these herbicides and weedicides, it was indeed difficult for them to kill or control unwanted weeds.

What was indeed alarming was the fact that buying a 150ml glyphosate bottle was not difficult and farmers had been using the same without any precaution in many villages that produce large quantities of vegetables. It was also found out that the farmers were not all aware of the adverse impact of glyphosate on the soil and health of human beings. Experts told IFP that glyphosate is a non-selective herbicide, which kills most of the plants and it prevented plants from making certain proteins that are needed for plant growth. The report also pointed out that as per the Insecticides Act, 1968, the government of India had the power to ban any agrochemical product permanently after following a certain procedure and that the states can also put restrictions on their sale and use for harmful herbicides. Acknowledging the adverse impact, it is time for the government to either ban the use of such herbicides so that the populace of the state and the soil could stay healthy for posterity. The state should take adequate measures or at least launch awareness campaigns so that the farmers are well informed about the harmful effect of using glyphosate-based herbicides. Prompt action will prevent the unnecessary imposition of burden on the whole population of the state in the future. Time to save lives and ban glyphosate.