Repealing of HAC bill is to be done by Parliament: Manipur CM Biren 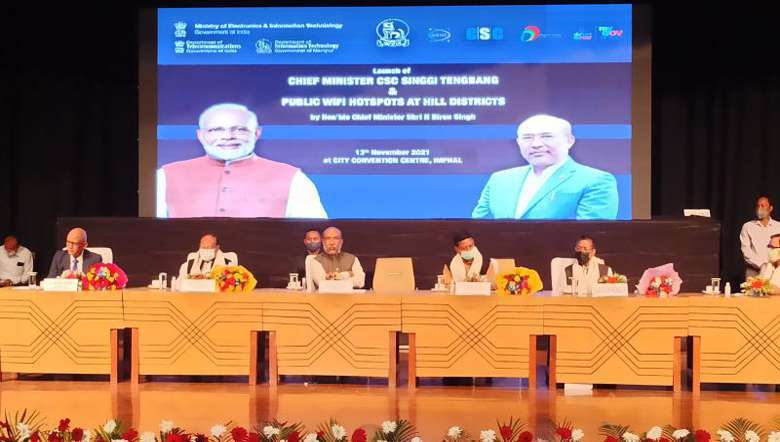 Repealing of Manipur Hill Area (Autonomous District Council) Bill, 2021 is to be done by the Parliament not by the state government, and the Parliament’s decision will be the decision of the state government, said Manipur Chief Minister N Biren Singh, concerning the imposing of indefinite economic blockade along the National Highways of Manipur from November 22, 2021.

He was speaking on the sidelines of the programme for launching the Chief Minister-gi CSC Singgi Tengbang and public Wi-Fi hotspots in hill districts, which was held at the City Convention on Saturday.

Urging the students to focus on their students and make demands related to education and development instead, he appealed to them to stop imposing blockades and hand over any political issues to the 21 MLAs of the hill districts.

To a query concerning the results of IRB recruitment, he answered that threatening the government from now even before becoming IRB tells that they will not serve well after being hired and it will not bring peace and harmony. 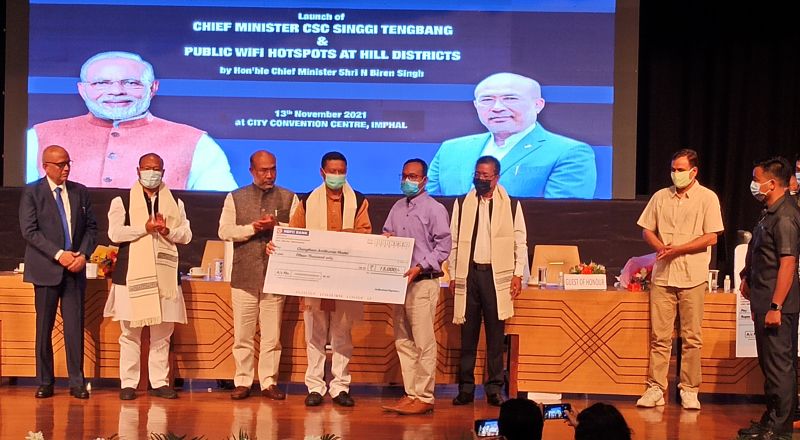 He urged the CSCs to be careful and honest in issuing and updating important documents like Aadhaar cards. Even a slight negligence or insincerity due to want for money may prove disastrous for the whole Nation and the state because wrong persons from foreign countries may get hold of such important documents, he observed. As such, CSC operators must always have the notion of 'Nation's security first' in their mind, he added.

He said under Prime Minister Narendra Modi's mission to bring equal development and opportunities in all parts of the country, many noble schemes have been launched, and enrolment to avail all these schemes can be done online now. Therefore, there is a need for expansion of digital reach to interior parts of the state as well, he said while adding that under this initiative, Wi-Fi hotspots are launched in different villages of hill districts. Enrolment for state and Central Government schemes can now be done at Village Chiefs' house, he added.

He urged the public to call the phone number of 'CM Da Haisi' (9534795347) to clear any doubts. He said apart from various development works taken up in the past four-and-half years, initiatives to strengthen the CSCs and expand digital connectivity to interior hill villages are the testimonies of the state government's concern for progress and development of hill districts.  Infrastructure development works in interior districts like Tamenglong are the tell-tale examples of the government's commitment towards actualizing progress of the hills, he said.

Maintaining that the present state government always has a strong commitment to develop the hill districts, the chief minister said that he was the first person to raise the issue of topographical need-based budget for the states having both hills and plains. As a result, the Government of India introduced the Hill Area Development Programme under which Tamenglong district had already received Rs 90 crore for development works, he said.

N  Biren Singh also said that he would never succumb to any unreasonable pressure from any organisation, adding that one should never forget that the whole country has only one prime authority to govern i.e. the Government of India.

He also urged all concerned to do politics only to actualize development and render human services. Politics to make division among people should never be done, he observed.

According to the pamphlet distributed to the audience about the incentive scheme for CSCs, the CSCs has been formulated keeping in view of the fact that most of the CSCs are unable to sustain their business due to low service fee paid to them resulting in poor performance. Accordingly, the state government has released incentives to these CSCs for a period of one year.

Furthermore, the state government has taken up an initiative to convert 50 per cent of these CSCs to business correspondence to provide banking facilities to the unbanked areas of the state. For providing government's services to the citizens at their doorsteps, a total of 1000 plus CSCs have been established in Manipur. On the other hand, to fill the prevailing connectivity gap between Gram Panchayats and Block Headquarters at the village level for empowering rural masses by giving them access to information, public services including those of education, health and financial inclusion, government of Manipur in association with Bharat Broadband Network Limited (BBNL) has taken up an initiative to provide public Wi-Fi especially in hill districts.

The pamphlet stated that public Wifi hotspots aim to facilitate connectivity to the remotest part of Hill Districts using VSAT connection provided by the Government of India. 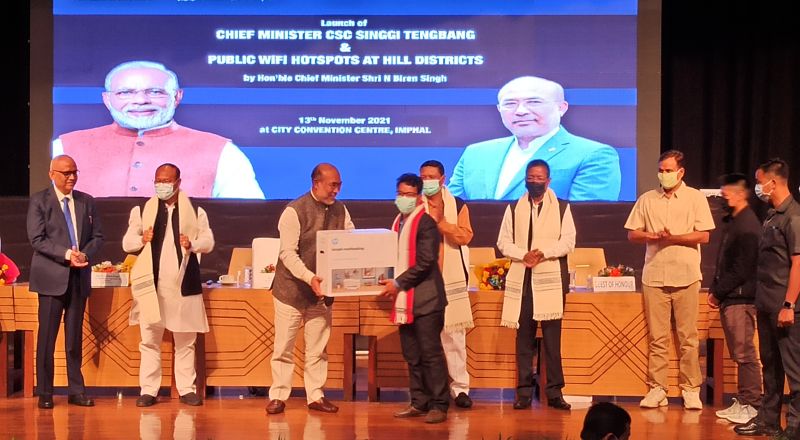