Working president of the state unit NPP L Jayentakumar said that the party will contest 40 seats in the coming general election. 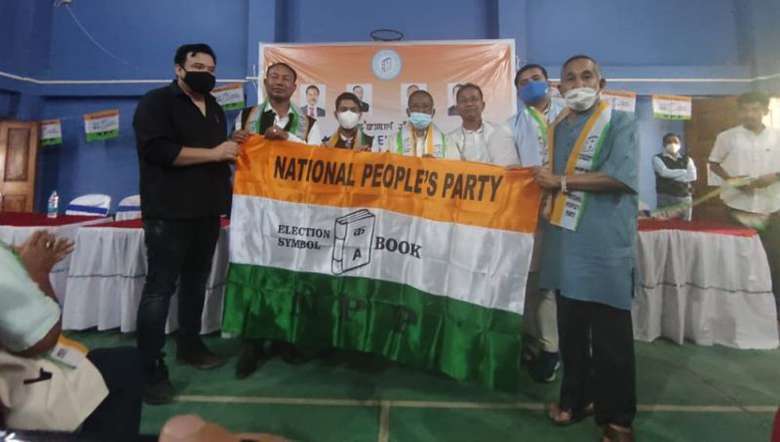 With more and new faces joining the National People Party (NPP), leaders of the NPP, Manipur on Thursday expressed confidence of not only playing a key factor in the formation of the next government but hopeful of becoming the single largest party in the upcoming state assembly election.

He was speaking in connection with the felicitation programme of Karam Nabakumar, who is preparing to contest in the upcoming state Legislative Assembly from Langthabal Assembly constituency.

He said that in the Langthabal assembly constituency, there is a battle between opposing forces and the NPP is sure that the good always wins.

Deputy chief minister Y Joykumar, who is also the leader of the NPP Legislature wing, said that not only in Lanthabal but also at other assembly constituencies like Khurai and Singjamei, people have confidence in the NPP.

It is because the intending candidates of NPP in all assembly constituencies of the state work with strategy and sincerity, Joykumar added.

He said the NPP will contest 40 seats in the coming general election.

“Words are being circulated in the state about the popularity of Oinam Romen and other candidates at other assembly constituencies. It is because they work from grassroots level and have a strong base of youth workers,” he added.