If the Manipur chief minister and fisheries are really serious about increasing production in the state, their first priority should be the welfare of the fish farmers. 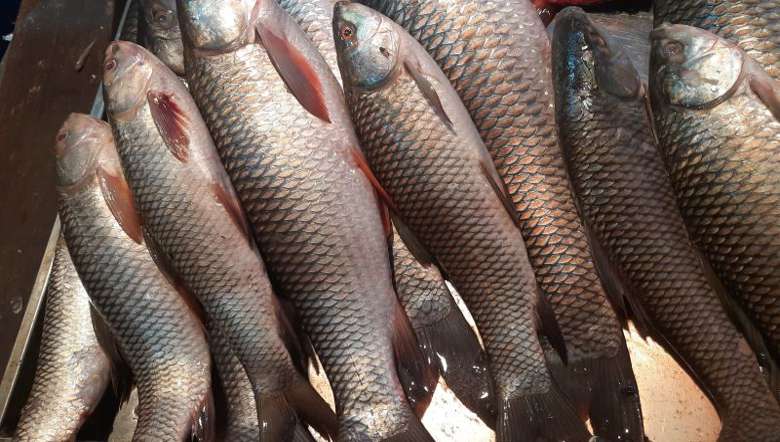 The deadline given by fish farmers to the state government for release of the fund of National Cooperative Development Corporation (NCDC) along with a threat to boycott this year’s fish fair ends today. One need not repeat that Ningol Chakouba is one the biggest festivals of Manipur and it falls on November 6, the second day of Hiyanggei. The state fisheries directorate started organising the annual fish fair on the eve of Ningol Chakkouba with the twin objective of encouraging fish farmers of the state and availing fish at affordable rates to the general population. In almost every household in the valley, it is an annual family get-together to celebrate the umbilical bond and fish is a compulsory item on the menu. There is no distinction between the poor and rich, it is the bounden duty of fathers and brothers to invite daughters and sisters over a sumptuous meal and give them gifts on this day and get blessed. So, the market is naturally flooded with fish of every variety brought in from fish farms on the eve of Ningol Chakkouba and on the day itself and it is the market which determines the price per kg and it is often quite high in view of the high demand. That is where, the state sponsored fish fair comes in. In the fish fair, the state fixes the price for every variety of fish which varies according to the weight, so that it is affordable to everyone, especially the poor families.

Not every fish farmer participates in the annual event, as they get more profit from the market and many of them had to be cajoled to join the fish fair with its incentive of awards. In such a scenario, it is not wise of the state government to not consider the plight of the fish farmers of the state. Perhaps, it is the first time that fish farmers are raising their demand for release of the NCDC funds on the eve of the annual event. According to the JAC of Fisheries Co-operative Societies, they have been asking the state government to release the NCDC fund of Rs 129 crores which is exclusively for fish farmers. They had submitted a memorandum to Chief Minister N Biren Singh on August 21, 2021, after which he assured to discuss the matter in the cabinet meeting to release the fund soon. Yet, nothing has materialised till date. They had invested huge amounts of money to register their fish farms costing around Rs 13,000 per Pari (1.01 Hectares) of land, but the government has failed to extend its support in time. Naturally, they felt slighted and resolved to boycott the fair. And, it was simply irresponsible of the Fisheries Minister S Rajen to clarify that the NCDC fund is not related with the Fisheries department. It is the bounden duty of the state Fisheries department to create a holistic support structure for the local fish farmers to thrive and grow by pooling in funds from every available source.

As we all know, the state’s produce alone cannot meet the annual demand for fish from the local farms and there is a gap about 20,000 metric tons. The gap is being met by iced fish brought in from outside the state every year and it is not by choice that they are now eating the Indian carps whether imported or locally produced, but because indigenous fish varieties have become extremely scarce and fish is their staple diet. One must take into consideration that Manipuris are also very choosy in terms of the kind of fish they like to eat. Indigenous varieties like Pengba, Ngaton and Khabak have completely disappeared from the riverine system of Manipur and Loktak Lake. Of course, some entrepreneurs have started captive breeding of these delicacies in fish farms and it is reaching the market during festivals. If the chief minister and fisheries are really serious about increasing production in the state, their first priority should be the welfare of the fish farmers.