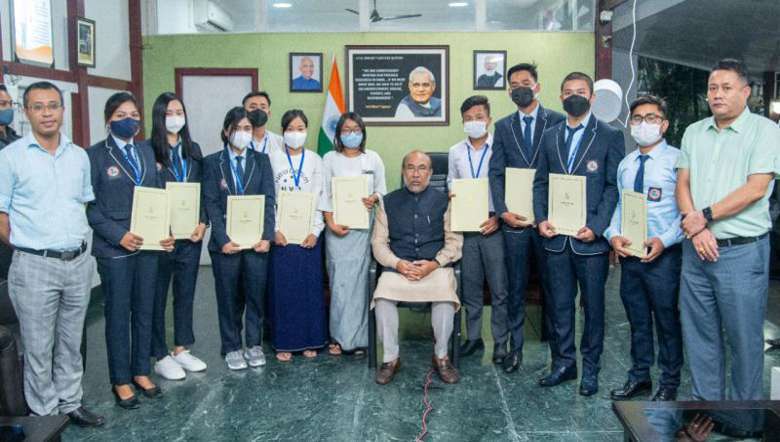 Manipur Chief Minister N Biren Singh on Thursday said that the state government’s priority is to strengthen human resources in the state. He also said that several initiatives and schemes have been launched to support the young and talented people of the state.

The chief minister was speaking during the distribution of pre-matric and post-matric scholarships to students belonging to OBC, SC and Economically Backward Class (EBC) in Imphal.

According to the School Education Quality Index released by NITI Aayog, Manipur topped among smaller states in the country.

Pointing out that several initiatives and schemes have been launched to support the young and talented people of the state, Biren said the state government has launched the Chief Minister’s Scholarship Scheme for Civil Services Aspirants of the state.

The Chief Minister’s Scholarship Scheme for Civil Services Aspirants was launched after considering the hardships faced by the students who come from economically backward families, he said.

Since 2018-19, the Central government has implemented the pre-matric and post-matric scholarship schemes for OBC, SC and Economically Backward Class students through ‘Online Scholarship Management System (OSMS)’.

Under the visionary leadership of Prime Minister Narendra Modi, the government has introduced the Direct Benefit Transfer (DBT) system to curb corruption while disbursing funds to beneficiaries, he added.

Biren also mentioned that the scholarship amounts have been transferred through DBT and there is no chance of corruption by any middleman.