"Various martial artists have been contributing to uphold and protect the art form and the initiative to organise the Thang-Ta meet is remarkable." 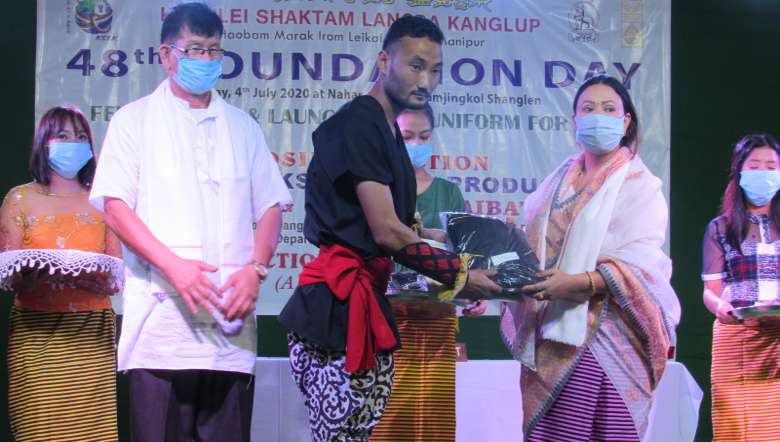 Speaking on the occasion, intending candidate of Naoriya Pakhanglakpa, Soraisam Ongbi Kebi Devi expressed that with various contributions from different players in the field of various sports, Manipur has been well known at the international level. The chief minister, organising a martial arts meet to promote indigenous art forms is worthy of high appreciation from all, she said.

She further expressed her gratefulness to the chief minister for organising a championship for the art form. The art form has been a part of Manipur since decades before India’s independence, she noted. Organising such a meet will help in promoting the art form effectively, she added.

Various martial artists have been contributing to uphold and protect the art form and the initiative to organise the Thang-Ta meet is remarkable, Kebi added.

She also extended her gratitude to the martial artist of the assembly constituency who bagged championship for boys and grabbing the overall team championship.

People need to support the art form to promote it at an international level, else the unique art form would be no longer known in the future, said Kebi. As a part of the function, Kebi launched the uniform of ‘Kanglei Shaktam Langba Kanglup’ and felicitated the martial artist of the institute for winning the overall team championship.

Dignitaries of the function including invitees paid floral tributes to the deceased artist of the institute.

Critic, playwright and director Budha Chingtahm and member NEZCC, Dimapur, Makhonmani Mongshaba attended the function as president and guest of honour respectively. To promote the art form, Kebi donated a sum of Rs 20,000 to the institute.