Kangpokpi MLA Nemcha Kipgen motivated auto drivers to work not only for earning and as a source of livelihood but consider their service as a service to mankind. 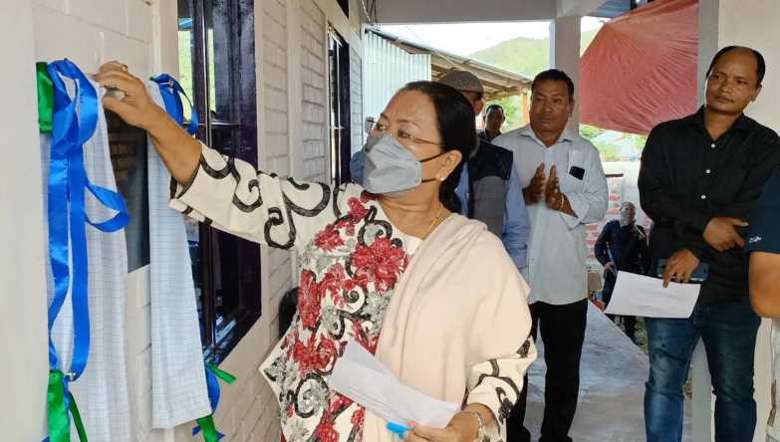 Kangpokpi MLA Nemcha Kipgen inaugurated the Kangpokpi Auto Owners Association office on Monday at Kangpokpi district headquarters and stressed on the importance of unity and service to mankind.

The MLA said that “unity is an important element for the society we live in, as we all together form this whole nation. ‘Strength is always with the Unity’ is a well-known phrase and it is true that unity represents togetherness and being there for each other.”

Nemcha also said that the principle of unity establishes happiness and peace in both society and the nation, and where there is peace and happiness, development is sure to come.

The MLA while appreciating the auto drivers for their contribution to society motivated them to work not only for earning and as a source of livelihood but consider their service as a service to mankind.

The MLA further exhorted the people of Kangpokpi AC to stop poppy cultivation and avoid encouraging such illegal practices which can ruin the future of the society, especially the younger generations.

Nemcha unveiled the inaugural plaque as chief guest of the programme while Kangpokpi Town Churches Fellowship chairman, Rev K Hangshing attended the function as dedicating minister and opened the office door and dedicated it to the almighty.

The first petrol Auto in Kangpokpi town was introduced by Jangsat Chongloi in the year 2003 which now has led to more than 350 registered autos in the association. The Kangpokpi Auto Owners' Association (KAOA) was formed in 2010 and was registered in the year 2012.