The arrested two and the seized drugs were handed over to Porompat police station for further investigation, police said. 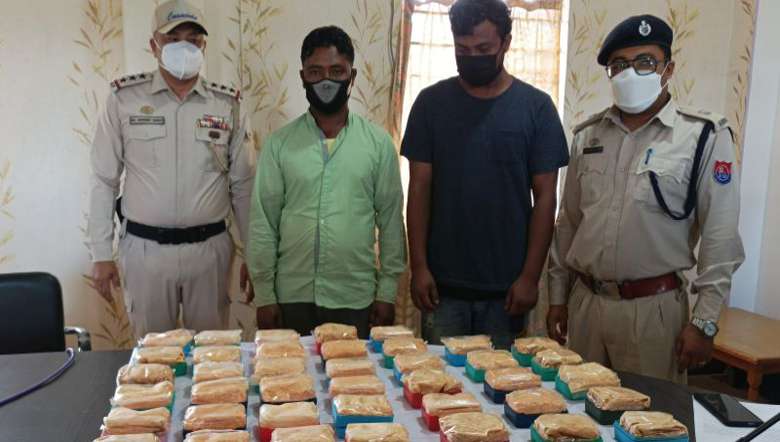 Two drug peddlers were arrested along with heroin powder worth around Rs 60 lakh in the international market at Hatta Golapati, Imphal East at around 3.40 am Monday, police sources said.

The SP said that 40 soap cases containing heroin powder were found in the vehicle, and one mobile phone was recovered from their possession. Each soap case weighed around 15 grams and one gram of heroin was worth around Rs 10,000 in the international market, he said.

The arrested two and the seized drugs were handed over to Porompat police station for further investigation, the police official added.