The candle lighting celebration will be held at 6 pm as a mark of respect to Prime Minister Narendra Modi and Union Home Minister Amit Shah for renaming Mount Harriet to Mount Manipur as a tribute to freedom fighters of the state. 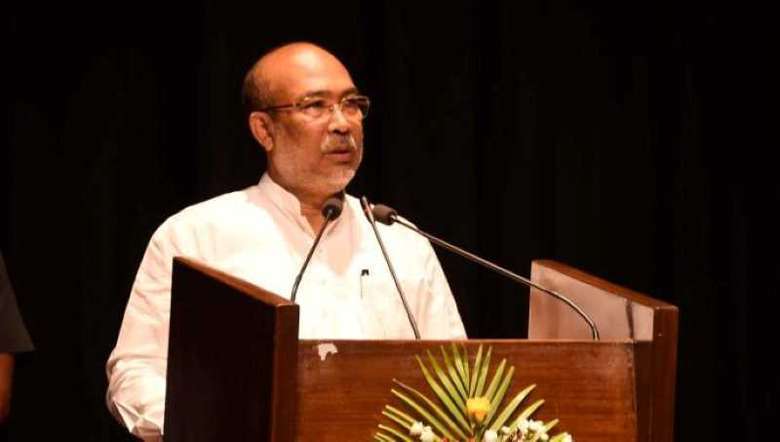 Manipur Chief Minister N Biren Singh has called upon all the people in the state to hold candle lighting celebration at 6 pm Sunday as a mark of respect to Prime Minister Narendra Modi and Union Home Minister Amit Shah for renaming Mount Harriet in Andaman and Nicobar Island to Mount Manipur as a tribute to freedom fighters of the state.

"The Prime Minister Narendra Modi and Amit Shah has kindly given the most befitting recognition to Manipur's contribution to the freedom struggle, sealing us a connection with national history," Chief Minister Biren tweeted on Saturday.

Addressing a public gathering at Netaji Subhash Chandra Bose island at Andaman and Nicobar Island on Saturday, Amit Shah announced that Mount Harriet at Kalapani Andaman and Nicobar island will be renamed Mount Manipur in honour of Manipur's Maharaj Kulachandra Dhwaj Singh and 22 others who were imprisoned there.

Amit Shah also said the Centre will assist Manipur in establishing a memorial site at Andaman and Nicobar island. The process of signing the lease agreement between the Art and Culture department of Andaman and Nicobar and the department of Art and Culture Manipur is under process but it was slowed down due to the pandemic, the home minister said.

Meanwhile, the chief minister on Sunday took to Twitter and paid salute to the “brave soldiers who laid down their lives during 1971 war”, as he tweeted about the commemoration of the arrival of Swarnim Vijay Mashaal, the victory flame.

“Enthralling show put up by the Indian Army to commemorate arrival of #SwarnimVijayMashaal in Manipur. Enjoyed the thrilling football match between NEROCA FC & TRAU FC which was played as part of commemoration. Salute to the brave soldiers who laid down their lives during 1971 war,” Biren tweeted.