The campaign was organised to identify the marginalised, vulnerable and those needing help and ensure that their rights and entitlements are actualised in reality. The respective chairpersons and secretaries of each District Legal Services Authorities launched the special campaign in their respective districts in the presence of legal services functionaries and district administration officials. 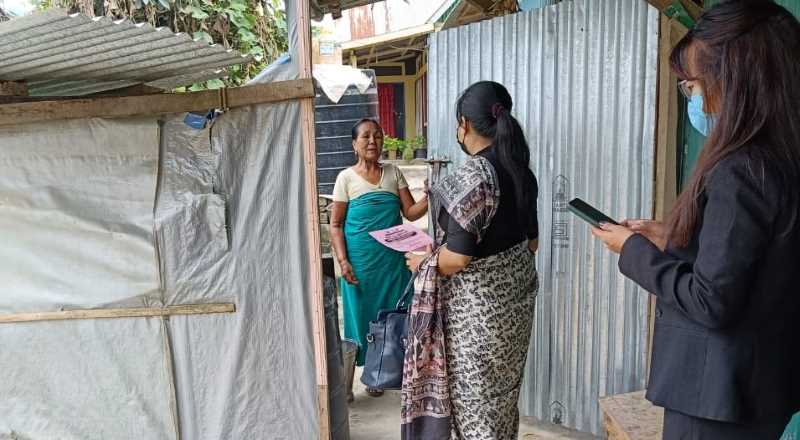 During the campaign, the para-legal volunteers of DLSA, Senapati will visit the door-to-door campaign and distribute pamphlets to far flung areas and interior villages of Senapati and Kangpokpi districts. The programme was organised by the DLSA, Senapati under the aegis of NLSA and will continue till October, 30, 2021.

The aim and objectives of this campaign is to identify those persons who are in need of legal aid and to provide free legal aid to the needy persons.

Throughout these 15 days, around 350 para-legal volunteers and other legal services functionaries will attempt to cover all the 2,580 villages of Manipur to give awareness of the rights and entitlements, and identify all such beneficiaries and provide legal aid and assistance wherever required.

Executive chairman, MASLSA  Justice Kh Nobin Singh has also emphasised the need to reach out to every such person, instead of waiting for them to come to the legal services institutions.