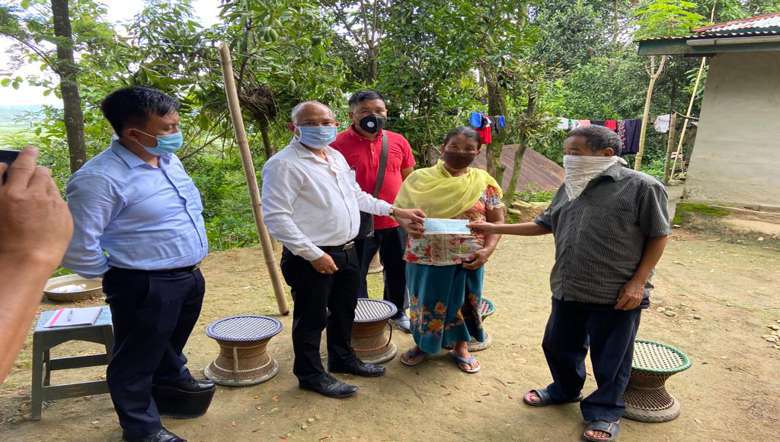 Handing over of cheque to family member of the martyred soldier (PHOTO: IFP)

DC, Kangpokpi Somorjit Salam on Friday handed over a cheque amounting to Rs 1,00,000 to the next of kin of (Late) Lunggambui Abonmai, sepoy, Assam Regiment who was martyred on June 13 while performing duty at Poonch district, Jammu.

The cheque was handed over in the presence of SDO, Saitu and the Village Authority at their residence in the village of Ariang Khunou under Kangpokpi district.

It may be mentioned that the governor Najma Heptulla has extended a discretionary grant of Rs. 1,00,000 only to the bereaved family. The martyred soldier (Late) Lunggambui Abonmai left behind his wife, two sons, mother, an ailing father who is a cancer patient and two brothers.