PREPAK (Pro) chairman L Paliba M gave salute and paid his tribute to all the martyrs who had sacrificed their lives in the courses of liberation movements, 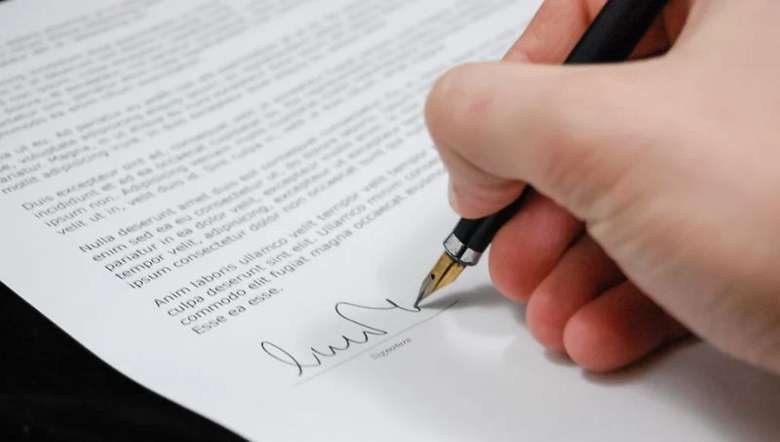 The People’s Revolutionary Party of Kangleipak (Progressive) stated that on the 45th Foundation Day of the Red Army of PREPAK (Pro) which falls on Saturday, its chairman L Paliba M gave salute and paid his tribute to all the martyrs who had sacrificed their lives in the courses of liberation movements.

In a release issued by the chairman, he expressed his deepest sympathy to those families who have lost their loved ones during the pandemic.

“The coronavirus is wreaking havoc on every aspect of our life but amid this pandemic some people are trying to unscrupulously exploit and dismantle this society by indulging in the dreadful narcotic trade. Most of these persons are genealogically devoid of our motherland’s blood,” he stated.

They are the real enemies of the society as their minds are tainted with fiendishness, he further stated, adding, many civil organisations have been working hard to uplift the society, but it would be fruitless if these few persons are allowed to exist in the society. Prominent leaders among local communities and civil bodies must cogitate to finish off such persons, he stated.

The outside invaders such as Muslims and British could easily occupy India due to frequent infighting among the Hindu Kingdoms. There was no question of nation or nationalism during that period but it was just dynastic patriotism. Even the early stage of British occupation was welcome by the Hindu Indian as their saviour from the Muslim rulers. No kingdom or empire could maintain a prolonged reign in India. “However, monarchism in Kangleipak (Manipur) has continued over 2,000 years. We must be proud of this, but India purposefully disrespects this historical status which has become the main reason for armed uprising,” he added.

He stated that India’s independence was handed over to the few Indians who had been perfectly inflicted with the British values. These British adopted Indian leaders continued the same colonialist style of politics like their masters, he stated. Without the national consciousness, the total independent movement was carried out which ultimately could not distribute the real independence among the peasants and workers, downgraded indigenous groups, and the ethnic minorities. It is worth noting that the Dravidian leader EVR Periyar once said, “Is the cat’s rule Swarajya for the rat” which is becoming a true metaphor. Kangleipak (Manipur) should not be a part of suppressive India, he added.

He mentioned that while India is dragging under the demonetisation process, GST, ‘Make in India’ initiative, the neighbour Bangladesh has been economically advancing than India. 25 million jobs were lost during January-May 2021. It is also a gloomy prospect that a generation might be wiped out by this pandemic. On the contrary, the world’s largest political party BJP with 180 million memberships and its vast keyboard warriors have been trying to propagate Prime Minister Modi as divine status, he stated. “They falsely propagated that UNESCO had declared Modi as world’s best leader and they also fantasized boastfully that 450 years ago the prophet Nostradamus had predicted that the Modi era would be a golden age not only for India but the whole world. Apart from that, the cult of Modi is so formidable that coronavirus vaccine certificates and outgoing emails of NHRC both bear the image of the Prime Minister. Ironically his photo is not printed on coronavirus death certificates,” he added.

It is comical that the recent aggressive and finger-wagging lecturing tone of Modi’s Speech in the UN General Assembly room drew little interest; most of the seats were empty as his speech was similar to that of election rally address, he stated. “India’s internal cold war between the ‘cult personated BJP’ and the 54 years’ Frankensteinian ruler of Congress party, has been squeezing the common people. We don’t have the future foundation in such two demonic ruling India,” he mentioned.

Pointing out that the essence of democracy is the free expression of opinion, the chairman further stated that recently, many opposition leaders have protested strongly against the infliction of Pegasus Spyware to their mobile phones. But there is something fishy about it as the issue has cooled down, he stated. There is apprehension that the spyware might have muted the opposition by collecting their disgraceful personal information. The famous wording “Big Brother is watching you” of George Orwell’s novel ‘Nineteen Eighty-Four’ is exactly similar to what is happening in India, he added. The Indian government always crosses the personal space of its citizens to grab them tightly, he stated.

The Government of India has been implementing more than 20 poverty alleviation programmes, starting from ‘Garibi Hatao’. “However, there is no meaningful decrease in poverty. The fact of the matter is that these socialist programs were managed by those luxurious ministers and bureaucrats who are being categorised as Champagne Socialists. They can be called Delhi Lutyens’ socialists or Imphal Babupara’s Socialists,” he added.

He further stated that the adage of Jose Ortega Y Gasset that a revolution only lasts 15 years, a period which coincides with the effectiveness of a generation, needs to be deeply analysed. The faster pervading social changes have pounded adversely to the revolutionary parties.

“We need timely preparation to face these negative impacts. It is now imperative that revolution and liberation struggle must be together. We believe that the revolutionary struggle is just to establish a self-sufficing and self-determined Kangleipak (Manipur) by barricading the society against Indian colonialism. This is a necessary but not a sufficient means. The prolonged living under India’s colonialism would not finish off the whacking problems of Manipur; we know that the ultimate solution would be achieved through armed liberation struggle,” he stated.

However, the liberation struggle must be integrated together with people, which could not be achieved during the last 45 plus years of armed struggle. “This has been our weakness. As being a revolutionary party, we should be courageous to correct our weakness and irrational policies in time,” he stated.
He mentioned that Chief minister Biren has made an appeal to resolve the insurgency problem peacefully and even expressed his willingness to be kind of a bridge for solution. “His proposal is appreciable but not welcoming at this moment,” he added.

There would be no holistic solution of political conflicts if there is a rigid mindset to keep everything inside the wall of the Constitution of India, he stated.

It was an ideal insight when Atal Behari Vajpayee once said Kashmiri problem should be solved through humanity (Insaniyat). It is not certain the present government might own that ideal. “The humanity and historical uniqueness of Manipur are the parameters to seek the main causes of our insurgency. We wish India must be a union of independent States like the European Union, with whom independent Manipur would establish a paramount relation,” he added.

Lastly, the geopolitics and geo-economic condition of Manipur would impel the necessary good relation between the neighbour and closer countries such as India, Myanmar, Bangladesh, and China, he added.