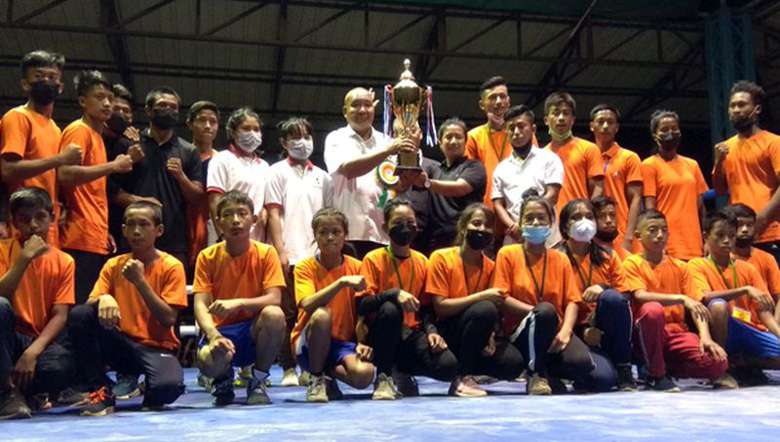 The Best boxer trophy in the Boys category of the meet was awarded to Amarjit Takhellambam of MKBA Langol and the Best loser trophy was fetched by H Lanthoi Mangang of TBA.

As for the Best boxer in the Girls category, it was bagged by M Luxmi Devi of AUS while Th Tanu Devi of IVRBS settled for the Best loser trophy.

NBA Boxer L.Ambedkar Meitei and Sneha Thangjam of MKBA were adjudged the Most Promising boxers in the Boys and Girls category.

On the last day of the meet, A Tulasbol Singh of NBA in 66 kg, S Allar of TBA in 60 kg, Chinglemba Moirangthem of MKBA in 63 kg and L Rahul Singh of AUS in 75 kg claimed the gold medals.

As in the Junior Girls category, Th Prameshwori of TBA in 54kg, Supriya Th of TBA in 57 kg, H Karuna of ASM in 52 kg, M Luxmi of AUS in 50 kg and Th Apsara-IND in 46 kg also collected the gold medals.