On Wednesday, samples of around 140 police personnel were tested for COVID-19 after an assistant sub-inspector posted at the Jiribam police station tested positive for the novel coronavirus. 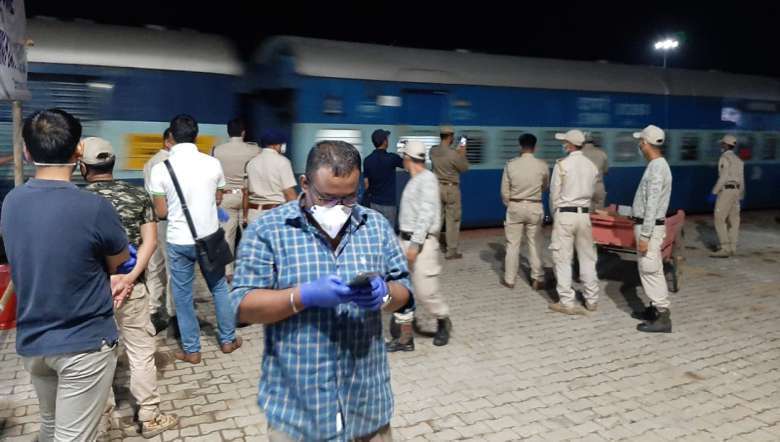 Manipur Health department Friday said that as many as 26 more personnel of the Jiribam police station have tested positive for COVID-19.

The development comes two days after an Assistant Sub-Inspector (ASI) of the police station tested positive for COVID-19.

D. K. Sasheekumar Mangang, spokesperson of the Health department, said that in all 28 persons from the districts were found positive including the 26 police personnel and two civilians. The test results of the 28 came on Friday. Nevertheless, he said that there is no community transmission.

On June 19, the ASI had traveled to Silchar along with his wife and newborn, for a monthly check-up at a hospital there. The same day, the police officer reportedly returned and reported for duty.

The ASI who tested positive was also deputed to monitor the stranded people at Jiribam railway station, said the officer incharge of Jiribam police.

While the ASI was evacuated to Imphal to be kept in one of the COVID care centre, test samples of around 140 samples including personnel of the Jiribam police station, wife and newborn of the ASI were also sent for testing on Wednesday. Personnel of the police stations was confined at their respective stations as they waited for the test results.

Meanwhile, the total number of COVID-19 positive cases in the state has risen to 1316 of which 677 are active cases and 639 have recovered. The recovery rate of the state stands at 48.55 percent, said the health department.